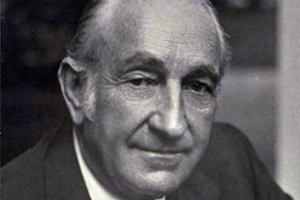 David Packard was born in Pueblo, Colorado, and attended Centennial High School, where early on he showed an interest in science, engineering, sports, and leadership. His father was an attorney. He earned his B.A. from Stanford University in 1934, where he earned letters in football and basketball and attained membership in the Phi Beta Kappa Society and was a Brother of the Alpha Delta Phi Literary Fraternity. Stanford is where he met two people who were important to his life: Lucile Salter and Bill Hewlett. Packard then briefly attended the University of Colorado before he left to work for the General Electric Company in Schenectady, New York. In 1938, he returned to Stanford from New York, where he earned a master's degree in Electrical Engineering in 1938. In the same year, he married Lucile Salter, with whom he had four children: David, Nancy, Susan, and Julie. Lucile Packard died in 1987.

In 1939, Packard and Hewlett established Hewlett-Packard (HP) in Packard's garage with an initial capital investment of $538. Packard mentions in his book The HP Way that the name Hewlett-Packard was determined by the flip of a coin: HP, rather than PH. Their first product was a sound oscillator sold to Walt Disney Studios for use on the soundtrack of Fantasia. The HP Way describes HP's management philosophy, which encourages creativity and shuns traditional business hierarchy and formality. During World War II HP produced radio, sonar, radar, nautical, and aviation devices.

The company, where Packard proved to be an expert administrator and Hewlett provided many technical innovations, grew into the world's largest producer of electronic testing and measurement devices. It also became a major producer of calculators, computers, and laser and ink jet printers.

HP incorporated in 1947, with Packard becoming its first president, serving in that role until 1964; he was then elected Chief Executive Officer and Chairman of the Board, holding these positions through 1968. He left HP in 1969 to serve in the Nixon administration until 1971, at which time he returned to HP and was re-elected Chairman of the Board, serving from 1972 to 1993. In 1991, Packard oversaw a major reorganization at HP. He retired from HP in 1993. At the time of his death in 1996, Packard's stake in the company was worth more than $1 billion.

While serving in the DoD, he brought concepts of resource management used in business to the military, as well as establishing the Defense Systems Management College.

Near the end of his time at DoD, Packard wrote the "Packard Memo" or "Employment of Military Resources in the Event of Civil Disturbances". Enacted in February 1972, the Act describes exceptions to the 1878 Posse Comitatus Act, which limited the powers of the federal government to use the U.S. military for law enforcement, except where expressly authorized by the Constitution or Act of Congress — noting that the Constitution provides an exception when needed "to prevent loss of life or wanton destruction of property and to restore governmental functioning and public order when sudden and unexpected civil disturbances, disasters, or calamities seriously endanger life and property and disrupt normal governmental functions to such an extent that duly constituted local authorities are unable to control the situations" and "to protect Federal property and Federal governmental functions when the need for protection exists and duly constituted local authorities are unable or decline to provide adequate protection". § 214.5 states that "employment of DoD military resources for assistance to civil authorities in controlling civil disturbances will normally be predicated upon the issuance of a Presidential Executive order or Presidential directive authorizing", with exceptions "limited to:

Cases of sudden and unexpected emergencies as described, require that immediate military action be taken.

Providing military resources to civil authorities as prescribed in §215.9 of this part."

According to Lindorff, these exceptions essentially reinstate the possibility of Martial law in the U.S., prohibited since 1878.

At Packard's instruction, the domain name "HP.com" was registered on March 3, 1986, and as such was one of the earliest to be registered.

From the early 1980s until his death in 1996, Packard dedicated much of his time and money to philanthropic projects. Prompted by his daughters Nancy Packard Burnett and Julie Packard, in 1978 Dave and Lucile Packard created the Monterey Bay Aquarium Foundation. The couple eventually donated $55 million to build the new aquarium, which opened in 1984 with Julie Packard as executive director. In 1987, Packard gave $13 million to create the Monterey Bay Aquarium Research Institute, and the David and Lucile Packard Foundation has since provided about 90% of the Institute's operating budget.

In 1964, the couple founded the David and Lucile Packard Foundation. In 1986, they donated $40 million toward building what became the Lucile Packard Children's Hospital at Stanford University; the new hospital opened in June 1991. Packard and Hewlett made a combined donation of $77 million to Stanford in 1994, for which the university named the David Packard Electrical Engineering Building in his honor. The building is located adjacent to the William Hewlett Teaching Center.

Packard was a member of the American Enterprise Institute's board of trustees. He died on March 26, 1996 at age 83 in Stanford, California, leaving the bulk of his estate to the David and Lucile Packard Foundation.

On his death, approximately $4 billion was given to the Packard Foundation, including large amounts of valuable real property in Los Altos Hills. All three Packard daughters sit on the Foundation's board of trustees.