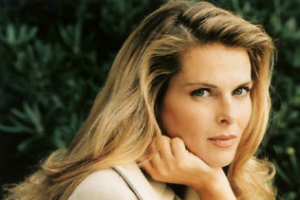 American actress and noted family, the daughter of Princess Elizabeth of Yugoslavia and clothing tycoon Howard Oxenberg. She is second cousin (once removed) to Prince Charles.

Catherine was three when her parents separated. Her mom was briefly engaged to Richard Burton in 1974 in London, whose acting and whose drinking both made a strong impression on the girl. During a Christmas vacation with her dad in New York, she decided to move to the U.S. in spite of her mom's opposition. She graduated from St. Paul's School and began modeling in New York while studying at Columbia nights.

At 19, she took acting lessons. Along with her early roles, she was living in Madrid with her beau, Manuel de Prado, 31, a Spanish banker. In 1983, she left him for Hollywood.

She had a baby girl, India Riven, on 6/07/1991, Los Angeles, refusing to name the father. Shortly after that she checked into an expensive rehab center battling depression and an eating disorder.

While engaged to her lover of the past four years, producer David Michaels, in a gesture of spontaneity she married producer Robert Evans on 7/12/1998. Twelve days later they had the union annulled, something of a record even for Hollywood.