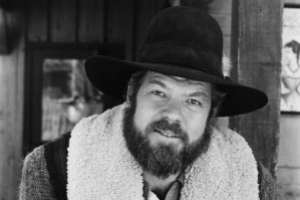 American athlete, pro football player,sports analyst and actor. The Hall of Famer was considered one of the greatest tackles in the history of the National Football League.

At 6'5" and 270 pounds, and a graduate of Utah State University where he shone on the college football team, he joined the Los Angeles Rams in 1962. He was named "Rookie of the Year."His strength and speed on the field established his place as one of the Fearsome Four in the early 1960s. He played with the same team for 15 years, picking up awards and honors including Most Valuable Player in 1974. No lightweight in brains or brawn he was one of the top football scholars in the college leagues. While playing for the Rams, he earned his master's degree in economics.

He retired from pro football in 1977 and promptly landed a spot as a commentator for NBC. In addition, he picked up an acting gig on "Little House on the Prairie" that lasted for several seasons of the popular television series. Continuing to act in other series, he also became face and voice of FTD, a florists' association, in their ad campaigns. In 1982 he was honored by induction into the Football Hall of Fame.

He was raised in a strict Mormon family with his eight siblings, three brothers and five sisters. Two of his brothers are also pro football players, Phil and Orrin. He and his wife raised three chldren.

He was diagnosed with mesothelioma in 2009. He died early on March 11, 2010 in a Duarte, CA hospital according to his brother as quoted in news reports.