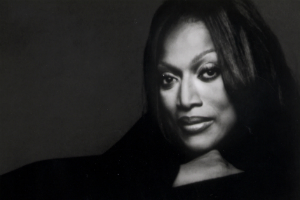 Alexander Jesse Norman (born 23 June 1962) is a British Conservative politician who is the Member of Parliament for Hereford and South Herefordshire. He was selected at an open primary in December 2006. He was a director at Barclays before leaving the City of London in 1997 to research and teach at University College London. Prior to that he ran an educational charity in Eastern Europe during and after the Communist period.

Norman was educated at Eton College and Merton College, Oxford, graduating with a 2:1 in classics. He did further study at University College London, where he held an honorary research fellowship in philosophy and obtained a PhD. His books include The Achievement of Michael Oakeshott (ed), Breaking the Habits of a Lifetime and After Euclid. He was a director of The Roundhouse, a company which his father, Torquil Norman, bought for £3 million. He serves on the boards of the Hay Festival, the Kindle Centre in Hereford and the Friends of St Mary's Ross-on-Wye.

Norman was a Senior Fellow at Policy Exchange and writes regularly for the national press. His book Compassionate Conservatism (2006) has been described as "the guidebook to Cameronism" by the Sunday Times and its successor, Compassionate Economics, was favourably reviewed by Daniel Hannan. His other policy publications include "Living for the City" (2006) and "From Here to Fraternity" (2007).

Norman's recent books include The Big Society (2010), published by University of Buckingham Press, and a biography of Edmund Burke (2013), which was longlisted for the 2013 Samuel Johnson Prize for Non-Fiction.

Norman won the new seat of Hereford and South Herefordshire at the 2010 General election with a 5.1% majority over the Liberal-democrats. He is a member of the Treasury Select Committee, Chair of the All-Party Parliamentary Group on Employee Ownership, founder of the PFI Rebate Campaign and founding member of the Campaign for an Effective Second Chamber which campaigns for the House of Lords to be appointed rather than elected.

In 10 July 2012, Norman was a vocal rebel in the rebellion on the House of Lords reform package presented to the Commons:

“I am enormously grateful to Sir George Young for giving way. Let me make it clear from the Conservative Benches that the very substantial opposition from within the Conservative party, not just that from Labour, was responsible for the withdrawal of the motion . That should be perfectly clear and reflected in the record. J. Norman”

On the vote being overturned, government whips intimated to David Cameron that Norman before the debate spread a rumour to rally rebels that David Cameron was in reality unenthusiastic about the reforms. Immediately after the long debate, culminating in a narrow Government defeat, and controversial Labour's rejection of the Lords election proposals on the table, David Cameron confronted Norman in the Palace of Westminster and told him that his conduct  Norman retired to the main bar but was immediately stopped and escorted from the premises by four whips. A spokesman denied that there had been an argumentative exchange, saying that Cameron had merely told Norman that he had misrepresented his views. The following day was Wednesday and Ed Miliband led the PMQs with:

“Government Members are obviously well whipped today. It is a shame it didn’t happen last night.

Last night the Prime Minister lost control of his party, and not for the first time he lost his temper as well, because we understand that it was fisticuffs in the Lobby with the hon. Member for Hereford and South Herefordshire . I notice, by the way, that the posh boys have ordered him off the estate today, because he does not seem to be here. Who does the Prime Minister blame most for the disarray in his Government? The Liberal Democrats or his own Back Benchers?”

According to political party of the several witnesses, accounts of severity of the Cameron's words or gestures used vary (from the "Etonian Hairdryer") to no close finger-pointing at all and the Daily Telegraph wrote that cynics say this "public argument may have been staged" to try to prove to Liberal Democrats that Cameron shares their support for Lords reforms. However as anticipated, a consequence of the blocking of this coalition policy by Conservative backbenchers is refusal or delay in the cost-saving Boundary Commission report to reduce the number of MPs to 600 which also almost eradicates the slight accumulated bias against the Conservatives, who have, on average, slightly larger electorates and no slightly larger constituencies that may make it harder for the smallest parties with unconcentrated support to gain as high a percentage of representation, such as the Liberal Democrats. In 2013 Norman said that so many Eton College former pupils were in top positions in government because of Eton's "ethos" of public service and that "Other schools don't have the same commitment".