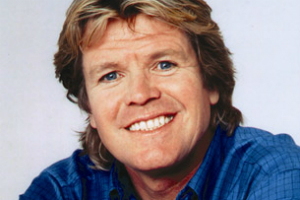 The son of an accountant, Noone attended Wellacre Primary School in Flixton and Stretford Grammar School near Manchester. He played a number of acting roles on television, including that of Stanley Fairclough in the soap opera Coronation Street. Noone studied voice and drama at St Bede's College, Manchester, and Manchester School of Music, where he won the Outstanding Young Musician Award.

Early in his career, he used the stage name Peter Novak. At the age of 15, he became the lead singer, spokesman and frontman of Herman's Hermits. As "Herman", the photogenic Noone appeared on the cover of many international publications, including the Time Magazine's cover collage showing new faces in popular music.

After Herman's Hermits disbanded in 1971, Noone recorded four singles for UK RAK Records, one single for UK and US Philips, and several singles for the small UK record label, Bus Stop Records. His first RAK single, "Oh! You Pretty Things", peaked at No.12 in the UK Singles Chart. It was written by David Bowie, who also played piano on the track. In 1974 Noone scored a No. 15 US AC and No. 101 US Bubbling Under success with "Meet Me on the Corner Down at Joe's Cafe" on the Casablanca Records label. In 1989 he had a No. 19 US AC hit with his solo recording of "I'm into Something Good" from the film The Naked Gun. In the 1980s Noone released a solo album, One of the Glory Boys. Assuming the part time role of business manager he formed NoOne Inc and became the first multi-millionaire product of the British invasion. Noone currently does 100 plus concerts a year as Herman's Hermits starring Peter Noone, mostly in the USA and Canada. Noone currently has a large following for his weekly show, "Something Good" on Saturdays on 60s on 6 Sirius Xm.

Noone led a short-lived new wave group called "The Tremblers" that toured in 1980 and released one album, "Twice Nightly." Along with Noone, the members of the band were Greg Inhofer (keyboards), Robert Williams (drums, formerly with the Pop), George Conner (lead guitar) and Mark Browne (bass). According to the liner notes of the album, several musicians provided "licks & tricks," including members of Tom Petty's Heartbreakers, Elton John's backing band, Daryl Dragon and Dave Clark.

Noone has a brother Damon Noone who is also a musician and a parliamentary candidate for United Kingdom Independence Party (UKIP). Peter Noone is married to Mireille (née Strasser), a Strasbourg-born Frenchwoman. They were married on 5 November 1968, Noone's 21st birthday. Because Strasser was Jewish, the Catholic Noone needed a special dispensation for the couple to be married at the Church of the Immaculate Conception in London's Mayfair. They have a daughter, Natalie.

Noone featured in the 1971 Central Office of Information film Betcher!, refereeing a contest between two gangs of kids, one who ride their bikes how they like, the other taking cycling proficiency tests. During the 1970s, Noone also starred in various stage, TV and film productions, including ABC's musical version of The Canterville Ghost, and the lead in Hallmark Hall of Fame's presentation of Pinocchio. He starred in three films for MGM: Mrs Brown, You've Got a Lovely Daughter, Hold On! and When the Boys Meet the Girls. He received favourable reviews in the lead role of Frederic in several Broadway theatre productions of The Pirates of Penzance during the 1980s.

He was the host of VH1's My Generation from 1989 to 1993, and in 2001 he was voted 'VH1's Sexiest Artist. The Viewers' Choice award'. In the '80s he appeared in several versions of Joseph Papp's New York Shakespeare Festival productions of The Pirate of Penzance, in all the touring companies, on Broadway and at the Theatre Royal, Drury Lane in the West End in London. He now lives in Santa Barbara, California, United States. One of his neighbours is Dennis Miller, and Noone occasionally appears on his radio programme. In 1992 he starred in episode 9, season 7 of Married With Children alongside Richie Havens, Spencer Davis, John Sebastian, Robby Krieger and Mark Lindsay.

He voiced Adrian of the band Tiny Cowboy in Disney Channel's show Phineas and Ferb with Davy Jones of the Monkees as fellow band member Nigel.

He still tours with a group called 'Herman's Hermits starring Peter Noone'. Noone appeared on the televised singing show American Idol on 20 March 2007 as a mentor for male contestants on the show. He performed "There's a Kind of Hush" on American Idol on 21 March 2007.