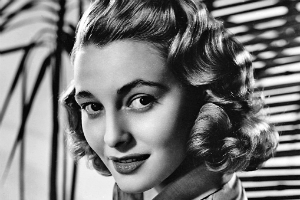 Patricia Neal (January 20, 1926 – August 8, 2010) was an American actress of stage and screen. She was best known for her film roles as World War II widow Helen Benson in The Day the Earth Stood Still (1951), wealthy matron Emily Eustace Failenson in Breakfast at Tiffany's (1961), and middle-aged housekeeper Alma Brown in Hud (1963), for which she won the Academy Award for Best Actress. She also played Olivia Walton in the 1971 made-for-television film The Homecoming: A Christmas Story, a role played in the regular series by actress Michael Learned.

Neal was born Patsy Louise Neal, in Packard, Whitley County, Kentucky, to William Burdette and Eura Petrey Neal. She grew up in Knoxville, Tennessee, where she attended Knoxville High School, and studied drama at Northwestern University. At Northwestern, she was crowned Syllabus Queen in a campus-wide beauty pageant. In addition, she studied with acting professor Alvina Krause, which set her up for her future career.

Neal got her first job in New York as an understudy in the Broadway production of The Voice of the Turtle. Next she appeared in Another Part of the Forest (1946), winning the 1947 Tony Award for Best Featured Actress in a Play, in the first presentation of the Tony awards.

In 1949, Neal made her film debut in John Loves Mary. That year, Ronald Reagan was her co-star in The Hasty Heart. Her appearance the same year in The Fountainhead coincided with her on-going affair with her married co-star, Gary Cooper.

By 1952, Neal had starred with John Garfield in The Breaking Point, The Day the Earth Stood Still with Michael Rennie and Operation Pacific, starring John Wayne. She suffered a nervous breakdown around this time, following the end of her relationship with Cooper, and left Hollywood for New York, returning to Broadway in 1952 for a revival of The Children's Hour. In 1955, she starred in Edith Sommer's A Roomful of Roses, staged by Guthrie McClintic.

While in New York, Neal became a member of the Actors Studio. Based on connections with other members, she subsequently appeared in the film A Face in the Crowd (1957, directed by Elia Kazan), the play The Miracle Worker (1959, directed by Arthur Penn), the film Breakfast at Tiffany's (1961, co-starring George Peppard), and the film Hud (1963), directed by Martin Ritt and starring Paul Newman. During the same period, she appeared on television in a 1960 episode of Play of the Week, featuring an Actors Studio-dominated cast in a double bill of plays by August Strindberg, and in a British production, aired in 1959, of Clifford Odets' Clash by Night, which co-starred one of the first generation of Actors Studio members, Nehemiah Persoff.

In 1963, Neal won the Academy Award for Best Actress for her performance in Hud, co-starring with Paul Newman. When the film was initially released it was predicted she would be a nominee in the supporting actress category, but when she began collecting awards, they were always for Best Actress, from the New York Film Critics, the National Board of Review and a BAFTA award from the British Academy of Film and Television Arts.

Neal was reunited with John Wayne in Otto Preminger's In Harm's Way (1965), winning her second BAFTA Award. In 1965, she suffered three burst cerebral aneurysms during pregnancy and was in a coma for three weeks. She was offered the role of Mrs. Robinson in The Graduate (1967), but she turned it down, feeling she had not recovered enough.

Neal worked sparingly in the following years. She returned to film in The Subject Was Roses (1968), for which she was nominated for an Academy Award. She starred as Olivia Walton in the television movie The Homecoming: A Christmas Story (1971), which was the pilot episode for The Waltons; she won a Golden Globe for her performance. In a 1999 interview with the Archive of American Television, Waltons creator Earl Hamner said he and producers were unsure if Neal's health would allow her to commit to the grind of the weekly television series, so they cast Michael Learned in the role. Neal played a dying widowed mother trying to find a home for her three children in a 1975 episode of NBC's Little House on the Prairie.

She was a subject of the UK TV show This Is Your Life in 1978 when she was surprised by Eamonn Andrews at a cocktail party on London’s Park Lane.

In 2007, Neal worked on Silvana Vienne's movie Beyond Baklava: The Fairy Tale Story of Sylvia's Baklava, appearing as herself in the portions of the documentary talking about alternative ways to end violence in the world. Also in 2007, Neal received one of two annually-presented Lifetime Achievement Awards at the SunDeis Film Festival in Waltham, Massachusetts. (Academy Award nominee Roy Scheider was the recipient of the other.)

Having won a Tony Award in their inaugural year (1947) and eventually becoming the last surviving winner from that first ceremony, Neal often appeared as a presenter in later years. Her original Tony was lost, so she was given a surprise replacement by Bill Irwin when they were about to present the 2006 Tony Award for Best Performance by a Leading Actress in a Play to Cynthia Nixon. In April 2009, Neal received a lifetime achievement award from WorldFest Houston on the occasion of the debut of her film, Flying By. Neal was a long-term actress with Philip Langner's Theatre at Sea/Sail With the Stars productions with the Theatre Guild. In her final years she appeared in a number of health-care videos.

During the filming of The Fountainhead (1949), Neal had an affair with her married co-star, Gary Cooper, whom she had met in 1947 when she was 21 and he was 46. By 1950, Cooper's wife, Veronica, had found out about the relationship and sent Neal a telegram demanding they end it. Neal became pregnant by Cooper, but he persuaded her to have an abortion, which she later greatly regretted doing. Neal was in hopes that tempers would cool after she went to London, England, to film The Hasty Heart, starring Ronald Reagan, but she missed Cooper, and Reagan was unhappy over his breakup with Jane Wyman, and it was a depressing shoot. At one point in their relationship, Cooper slapped Neal in the face after he caught Kirk Douglas trying to seduce her.

The affair ended, but not before Cooper's daughter, Maria (later Maria Cooper Janis, born 1937), spat at Neal in public. Years after Cooper's death, his wife and daughter reconciled with Neal.

In the early 1960s, the couple suffered through grievous injury to one child and the death of another. On December 5, 1960, their son Theo, four months old, suffered brain damage when his baby carriage was struck by a taxicab in New York City. On November 17, 1962, their daughter, Olivia, died at age 7 from measles encephalitis.

While pregnant in 1965, Neal suffered three burst cerebral aneurysms, and was in a coma for three weeks. Dahl directed her rehabilitation and she subsequently relearned to walk and talk ("I think I'm just stubborn, that's all"). On August 4, 1965, she gave birth to a healthy daughter, Lucy.

Neal and Dahl's turbulent marriage ended in divorce in 1983 after Dahl's affair with Neal's friend, Felicity Crosland (Dahl married Crosland that same year). In 1981, Glenda Jackson played her in a television movie, The Patricia Neal Story which co-starred Dirk Bogarde as Neal's husband Dahl. Neal's autobiography, As I Am, was published in 1988. In later years, Neal became Roman Catholic.

In 1978, Fort Sanders Regional Medical Center in Knoxville dedicated the Patricia Neal Rehabilitation Center in her honor. The center provides intense treatment for stroke, spinal cord, and brain injury patients. It serves as part of Neal's advocacy for paralysis victims. She regularly visited the center in Knoxville, providing encouragement to its patients and staff. Neal appeared as the center's spokeswoman in advertisements until her death.

Neal died at her home in Edgartown, Martha's Vineyard, Massachusetts, August 8, 2010, of lung cancer at age 84. She had converted to Catholicism four months before her death and was buried in the Abbey of Regina Laudis in Bethlehem, Connecticut, where her friend the early 1960s actress Dolores Hart had become a nun and ultimately prioress. Neal had been a longtime supporter of the abbey's open air theatre and arts program.