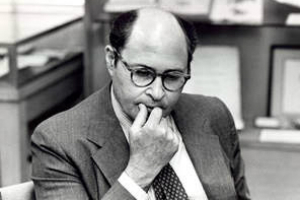 Nathans was born in Wilmington, Delaware, the last of nine children born to Russian Jewish immigrant parents, Sarah (Levitan) and Samuel Nathans. During the Great Depression his father lost his small business and was unemployed for a long period of time.

Nathans went to public schools and then to the University of Delaware, where he studied chemistry, philosophy, and literature. He received his M.D. degree from Washington University in St. Louis, Missouri in 1954. Nathans served as President of Johns Hopkins University in Baltimore, Maryland from 1995 to 1996.

Along with Werner Arber and Hamilton Smith, Nathans received the Nobel Prize in Physiology or Medicine in 1978 for the discovery of restriction enzymes.

He was also awarded with National Medal of Science in 1993.

In 1999, Johns Hopkins University School of Medicine announced the creation of the McKusick-Nathans Institute of Genetic Medicine that was named in his honor posthumously along with Victor McKusick.

In 2005, the School of Medicine named one of its four colleges after Nathans.