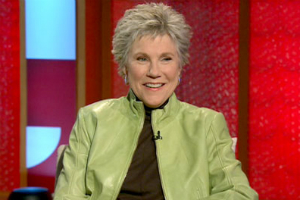 Canadian-American contemporary pop and country singer who has won a string of awards along with ten No.1 hits. She won the Grammy four times and the Juno award so many times that it is sometimes dubbed "The Anne Murray award." Murray owns eleven gold and four platinum albums. Her "Greatest Hits, Volume 1" album went platinum six times. She dislikes the music industry's use of labels, calling the artist a country singer some days, a pop singer the next. Her ability to crossover from the country list to the popular music list has made her one of the most successful female artists in America, right behind Barbra Streisand and Linda Ronstadt.

Murray was one of five kids growing up in the small mining town of Springhill in Novia Scotia. Her grandfather was a coal miner in the town. She always enjoyed singing but never believed she could make a career with her voice. She sang while she was in high school. In 1967, she worked as a high school gym teacher. She was also singing in the "Singalong Jubilee" in Halifax, Canada. After recording her first album, "What About Me," record executives at Capitol listened to her husky alto voice and were impressed by her warm voice inflections. She signed a contract with Capitol Records in 1969.

Her first hit "Snowbird" was released in 1970. She became a part of the popular music scene of the 1970s with her hits "Shadows in the Moonlight," "I Just Fall in Love Again" and "Can I Have This Dance?" Her biggest all-time hit, "You Needed Me" brought her a Grammy for Best Pop Female Performance in 1978. She owns 28 Juno awards, the Canadian equivalent of the Grammy.

Murray toured around the U.S., Canada, and Europe singing the songs her audiences love, her image that of the girl-next-door. In concerts, she has tried to transform and update her image by sporting short, spiky blonde hair, wearing hems above the knees with sexy tights and telling risqué jokes. She is friendly and unpretentious on and off-stage.

Music reviewers feel Murray has remained consistent because she has total control over her work. She picks the songs to record from a multitude of excellent sources. Her excellent judge of commercial material has not let her down with her record buying audiences. Murray holds herself to rigorous standards and is a tough critic of the music scene. Her critics call her too much of a perfectionist. She sees herself as a perfectionist but views this tendency as helpful in her career. By 1991, she had recorded 29 albums.

Murray met her husband, Bill Langsroth when he was the producer of "Singalong Jubilee." In 1975, they married and she took a four year domestic hiatus to have her children, William in 1977 and Dawn in 1979. The couple raise their family in Toronto.

In 1990, they bought a second home in Nashville, TN where Murray does most of her recording. She keeps a low profile and prefers a life of privacy. Her home is her escape from show business. She avoids show business circles, prefers not to go to parties. She takes time off by playing tennis and golf and spending her summer retreat in Pugwash, Novia Scotia, Canada with family.

Murray helps in humanitarian causes such as "Tears Are Not Enough" a Canadian song to benefit starving Ethiopians.

After 23 years together Murray separated from Bill Langstroth in June 1998.