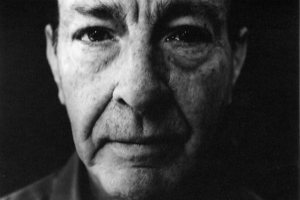 American astronaut who, through an Apollo flight, became the sixth man on the Moon on 31 January 1971. He also worked as an aeronautical engineer and as a Doctor of Science, teaching at the college level. From 1952-1959 he served in the U.S. Navy and, from 1964-1965, he worked as a project manager with the Navy's Field Office; he was in charge of the Manned Orbiting Lab.

"Gazing through 240,000 miles of space toward the stars and planet from which I had come, "he once said, "I suddenly experiences the universe as intelligent, loving, harmonious." Mitchell is among those who believe aliens have crash-landed on earth. He wants to see congressional hearings into what he calls a secret the U.S. government knows all about. He believes some military and other planes use technology derived from alien space-craft that have been captured and dissected.

In 1972, Mitchell resigned from the astronaut corps after six years and a year later, founded the Institute of Noetic Sciences to investigate relationships between science and spirituality.

Married to his third wife, Sheilah Ann Ledbetter - a Playboy bunny turned Yoga instructor who took him to court on a paternity charge five years before they married - Mitchell also has two grown kids and makes his living as a management and technology consultant.

Astronaut Edgar D. Mitchell, who was part of the Apollo 14 space crew that flew to the moon in 1971, died late Thursday in West Palm Beach, according to his family.

Mitchell died after a short illness in Lake Worth at a local hospice at about 10 p.m. on 4 February 2016, his daughter Kimberly Mitchell told The Palm Beach Post.