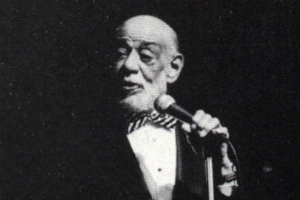 American entertainer, one of four brothers who set groundbreaking standards with their crooning musical hits. Their career spanned seven decades from their debut in Ohio in 1922 and sold an estimated 50 million records, including favorites "You Always Hurt the One You Love," "Glow Worm," "Yellow Bird" and "Paper Doll," which was their biggest hit, grossing sales of over 6 1/2 million copies and staying as No.1 for 12 weeks.

Donald, along with Herbert, Harry and John broke racial barriers in the era of Jim Crow, gaining a wide acceptance from a non-black audience and singing before royalty. They were known for their tight harmony and uncanny ability to imitate instruments, developing a smooth and relaxed vocal style that was widely imitated and which they never needed to change in their long careers.

The brothers appeared in several movies, including "The Big Broadcast," "Twenty Million Sweethearts" and "Broadway Gondolier." They toured the US and Europe and appeared on many radio programs. They dealt with racial discrimination with an affable lack of assumption and in their own quiet way made it possible for black artists who followed them to reach for their highest aspirations.

In 1998 Donald Mills accepted a Grammy Award for Life Achievement.

A longtime resident of Los Angeles, he was married with six kids. He died on 11/13/1999 of complications from pneumonia at 84.