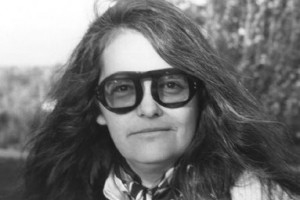 Millett received her B.A. at the University of Minnesota in 1956, where she was a member of the Kappa Alpha Theta sorority. She later obtained a first-class degree, with honors, from St Hilda's College, Oxford in 1958. She was the first American woman to be awarded a postgraduate degree with first-class honors by St. Hilda's.

Millett moved to Japan in 1961, where she taught English at Waseda University and pursued a career as a sculptor. Two years later, Millett returned to the United States with fellow sculptor Fumio Yoshimura, whom she married in 1965. The two divorced in 1985. She was active in feminist politics in late 1960s and the 1970s. In 1966, she became a committee member of National Organization for Women.

Sexual Politics originated as Millett's Ph.D. dissertation and was published in 1970, the same year that she was awarded her doctorate from Columbia University. The book, a critique of patriarchy in Western society and literature, addressed the sexism and heterosexism of the modern novelists D. H. Lawrence, Henry Miller, and Norman Mailer contrasted their perspectives with the dissenting viewpoint of the homosexual author Jean Genet. Millett questioned the origins of patriarchy, argued that sex-based oppression was both political and cultural, and posited that undoing the traditional family was the key to true sexual revolution.

In 1971, Millett started buying and restoring fields and buildings near Poughkeepsie, New York. The project eventually became the Women's Art Colony/Tree Farm, a community of women artists and writers that was supported by the sale of Millett's silk-screen prints and Christmas trees that were hand-sheared by the artists in residence. In 2012, The Farm became a 501c3 non-profit organization and changed its name to the Millett Center for The Arts. Millett serves as director of the organization, which continues to operates as an artists' colony and provides residencies for women "from every creative discipline."

Millett's 1971 film Three Lives is a 16mm documentary made by an all-woman crew, including co-director Susan Kleckner, cameraperson Lenore Bode, and editor Robin Mide, under the name Women's Liberation Cinema. The 70-minute film focuses on three women, Mallory Millett-Jones (the director's sister), Lillian Shreve, a chemist, and Robin Mide, an artist, reminiscing about their lives.

Her book Flying (1974) tells of her marriage with Yoshimura and her love affairs with women. Sita (1977) is a meditation on Millett's doomed love affair with a female college administrator who was ten years her senior. In 1979, Millett went to Iran to work for women's rights, was soon deported, and wrote about the experience in Going to Iran. In The Loony-Bin Trip (1990), she describes her experience of being incarcerated in psychiatric facilities, her experience of being diagnosed as "bipolar", and her decision to discontinue lithium therapy. She won her own sanity trial in St. Paul. On a dare with her lawyer, together they changed the State of Minnesota's commitment law.

Millett was a contributor to On the Issues magazine and was interviewed at length for an article in the magazine by Merle Hoffman.

Millett is active in the anti-psychiatry movement. As a representative of MindFreedom International, she spoke out against psychiatric torture at the United Nations during the negotiations of the text of the Convention on the Rights of Persons with Disabilities (2005).

In the late 1990s and early 2000s, Millett was involved in a dispute with the New York City authorities who wanted to evict her from her home at 295 Bowery as part of a massive redevelopment plan. Millett and others held out, but ultimately lost their battle. Their building was demolished, and the residents were re-located.

Millett is openly bisexual.  She came out in 1970, while on a panel at a conference on sexual liberation at Columbia University, when a woman in the audience confronted her, saying, "Why don't you say you're a lesbian, here, openly. You've said you were a lesbian in the past."  In response, Millett said that she was bisexual.  A Time magazine reporter taped the conference, and the December 8th, 1970, issue of Time included an article about Millet saying, among other things, that her statement would "reinforce the views of those skeptics who routinely dismiss all liberationists as lesbians."

She was married to fellow sculptor Fumio Yoshimura from 1965 until 1985.

The Basement: Meditations on a Human Sacrifice, Millett's semi-fictional book about the 1965 torture and murder of American teenager Sylvia Likens by Gertrude Baniszewski, drew controversy for her defense of the crime. Millett argued for a feminist interpretation of the crime:

is the story of the suppression of women. Gertrude seems to have wanted to administer some terrible truthful justice to this girl: that this was what it was to be a woman.