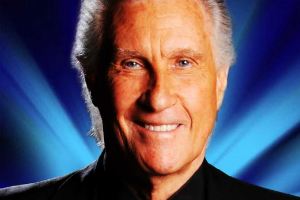 American musician, teamed with Bobby Hatfield as "The Righteous Brothers." Starting as two teenagers in Orange County, their close harmony came to exemplify white soul. Teamed in 1962, they had their first hit the following year. In 1964 they signed with Phil Spector and their "You've Lost That Lovin' Feeling" went to the No.1 spot. They had more R&B hits before they broke up in 1968.

Hatfield kept the name "Righteous Brothers" and performed with Jimmy Walker for a while and had two solo hit singles. He and Medley reunited for periodic gigs and toured together in 1983. (Medley won the Best Pop Performance Grammy for "The Time of My Life" 3/02/1988.)

Hatfield, a high tenor, was known for a quiet, low-profile lifestyle, even though he had his share of ups and downs. He was operated on for an injured spleen 2/13/1965, an operation to remove nodules from his vocal chords 7/05/1966 and suffered the personal trauma of his wife, Karen, being murdered in 1976.

His Righteous Brothers partner was found dead in his hotel room on November 5, 2003, just before their performance in Kalamazoo, MI. The cause of his death is most likely natural causes, according to the obituary, but an autopsy is scheduled. Medley was overwrought at the news.