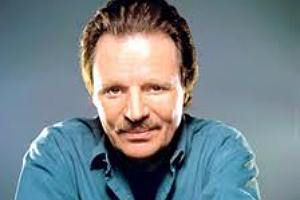 American Country-Western singer whose songs have been featured on albums by country singers such as Waylon Jennings, Emmylou Harris, Vince Gill and others. Born in Lubbock, Texas, McClinton grew up in Fort Worth. He and one of his first bands, "The Straitjackets," played regularly at Jack’s Place, a honky-tonk in the area, while he sharpened his skills on the harmonica and learned about music from the blues legends he encountered.

He was noticed for his work on Bruce Channel’s hit, "Hey Baby," and soon he found himself in England, touring and reportedly giving harmonica lessons to a young John Lennon. During the 1960s, he was the front man for the Rondells; their hit, "If You Really Want Me To, I’ll Go," made it to the Top 100.

McClinton released his first solo album, "Victim of Life’s Circumstances," in 1975. He won a Grammy in 1992 for a duet with Bonnie Raitt for "Good Man-Good Woman," but a frustrating association with Curb Records marred much of the ’90s. He made his comeback in 1997 with the release of "One of the Fortunate Few" and doesn’t let the past slow him down.

He says, "You’re going to have the good times and the bad times; you can learn from all of them." Happy and healthy after 40 years as a performer, his voice still raspy and ferocious, he recently released an album, "Nothing Personal."