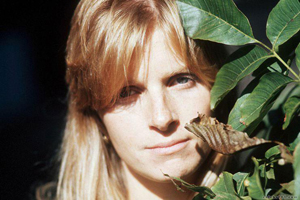 She wrote several vegetarian cookbooks, became a business entrepreneur (starting the Linda McCartney Foods company with her husband), and was a professional photographer, publishing '"Paul McCartney's Sixties: Portrait of an Era"'. McCartney was diagnosed with breast cancer in 1995, and died at the age of 56 on 17 April 1998 in Tucson, Arizona, where the McCartneys had a ranch.

Linda Louise McCartney, the second-eldest of four children, was born Linda Louise Eastman in New York City. She had one older brother, John (10 July 1939), and two younger sisters, Laura (born 1947), and Louise Jr. (born 1950). She grew up in the Scarsdale area of Westchester County, New York, and she graduated from Scarsdale High School in 1959. Her father was born Leopold Vail Epstein, the son of Jewish Russian immigrants, who later changed his name to Lee Eastman. An often-repeated but untrue urban myth holds that Linda was related to the George Eastman family of Eastman Kodak fame. Her father was the attorney for songwriter Jack Lawrence, and at his request in 1942, Lawrence, while in the army, wrote a song called, "Linda", in honor of the one-year-old. It was published in 1946, and recorded by Buddy Clark in 1947. John Eastman later became Paul McCartney's attorney and manager, taking over from his father.

McCartney's mother, Louise Sara (Lindner) Eastman—the daughter of Max J. Lindner, founder of the Lindner Company clothing store in Cleveland, Ohio—died in the crash of American Airlines Flight 1 in Queens, New York, in 1962. McCartney later said that because of her mother's death, she hated travelling by air. McCartney studied for a Fine Art major at the University of Arizona. Her first marriage was to Joseph Melville See Jr., whom she had met in college. They married on 18 June 1962, and their daughter Heather Louise was born on 31 December 1962. They were divorced in June 1965. McCartney later commented that See was a "nice man, a geologist, an Ernest Hemingway type". See committed suicide by gunshot on 19 March 2000 at his home in Tucson, Arizona.

McCartney started work as a receptionist for Town & Country magazine, and was the only unofficial photographer on board the SS Sea Panther yacht on the Hudson River who was allowed to take photographs of The Rolling Stones during a record promotion party. Although she had previously only studied the photography of horses in Arizona at an arts centre with a teacher, Hazel Archer, she was later asked to be the house photographer at the Fillmore East concert hall, and supposedly became a popular groupie. McCartney photographed artists such as Aretha Franklin, Grace Slick, Jimi Hendrix, Bob Dylan, Janis Joplin, Eric Clapton, Simon & Garfunkel, The Who, The Doors, The Animals, John Lennon and Neil Young. She photographed Young in 1967, and the picture was used for the front cover of Sugar Mountain: Live at Canterbury House 1968 in 2008.

She photographed Clapton for Rolling Stone magazine, becoming the first woman to have a photograph featured on the front cover (11 May 1968). She and husband Paul also appeared on the cover of Rolling Stone on 31 January 1974, making her the only person to have taken a photograph, and to have been photographed, for the front cover of the magazine. Her photographs were later exhibited in more than 50 galleries internationally, as well as at the Victoria and Albert Museum in London. A collection of photographs from that time, Linda McCartney's Sixties: Portrait of an Era, was published in 1993. She also took the photograph for the cover of Paul McCartney's and Michael Jackson's single, "The Girl Is Mine".

On 15 May 1967, the then-Linda Eastman met McCartney at a Georgie Fame concert at the Bag O'Nails club in London. She was in the UK on an assignment to take photographs of "Swinging Sixties" musicians in London. The two later went to the Speakeasy Club on Margaret Street to see Procol Harum. They met again four days later at the launch party for Sgt. Pepper's Lonely Hearts Club Band at Brian Epstein's house in Belgravia. When her assignment was completed, she flew back to New York City. In May 1968, they met again in New York, as John Lennon and Paul McCartney were there to announce the formation of Apple Corps. In September of the same year, Paul phoned her and asked her to fly over to London. They were married six months later in a small civil ceremony at Marylebone Registry Office on 12 March 1969.

After the breakup of The Beatles in 1970, McCartney's husband taught her to play keyboards and recorded an album with her, Ram, as a duo. Afterwards, he included her in the lineup of his subsequent group, Wings. The group garnered several Grammy Awards, becoming one of the most successful bands of the 1970s, but had to endure jibes regarding Linda McCartney's singing. She later admitted that the early accusations about her singing out of tune in the early days with Wings were true.

In 1977, a reggae-inspired single entitled "Seaside Woman" was released by an obscure band called Suzy and the Red Stripes on Epic Records in the United States. In reality, Suzy and The Red Stripes were Wings, with Linda McCartney (who also wrote the song) on lead vocals. The song had been recorded by Wings in 1972, in response to a lawsuit by Northern Songs and Maclen Music alleging Paul McCartney violated an exclusive rights agreement by collaborating on the song "Another Day", which had the effect of transferring a 50% share of the publishing royalties to his own McCartney Music company. The lawsuit, which alleged that Linda McCartney's co-writing credits were inauthentic and that she was not a real songwriter, was "amicably settled," according to an ATV spokesman, in June 1972.

The McCartneys shared an Oscar nomination for the co-composition of the song "Live and Let Die". Linda's album Wide Prairie, which included "Seaside Woman," was released posthumously in 1998. McCartney worked with the help of the Beatles' engineer, Geoff Emerick, to finish the album. Along with eight other British composers, he contributed to the choral album A Garland for Linda, and dedicated his classical album, Ecce Cor Meum, to his late wife. In January 1999, "The Light Comes From Within" single from the Wide Prairie album was banned by TV and radio stations in the UK. McCartney placed advertisements in English national newspapers asking parents to give "guidance" as to whether their children could be "morally corrupted" by the song lyrics, which included the lines, "You say I'm simple, you say I'm a hick, you're fucking no one, you stupid dick.".