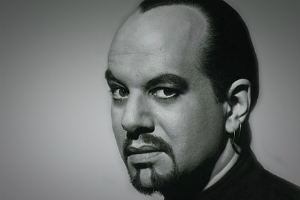 While his public persona and performances fall squarely within the genre of mentalism, Maven's contributions to the magic community span far wider. He is respected within the industry for being a prolific author and innovating many of the magical and mentalist effects that are used by other magicians. He has been a magic consultant for such performers as David Copperfield, Penn & Teller, Siegfried & Roy, and Doug Henning, and he is a frequent contributor to industry journals such as Genii, The Linking Ring, and M-U-M. He has also been the featured magician at the annual conventions of both the Society of American Magicians and the International Brotherhood of Magicians.

He hosted a 12-part series for HTV (Harlech Television) in Britain, "Something Strange with Max Maven", a talk-show exploring all aspects of the paranormal. The show set a ratings record, and led to a second series the following year. He also starred as the title role in FOX's 1992 Halloween special Count DeClues' Mystery Castle. It was shot at The Magic Castle.

Maven occasionally plays a magician character (often as himself) on various television series, such as, "Magic", "The Art of Magic", "Something Strange with Max Maven", "Fresh Prince of Bel Air", and "The MAXimum Dimension".

His father, Jack Goldstein, was a professor of Astrophysics and dean of faculty at Brandeis University. The finance blogger Emma Needleman is his cousin.

Having performed often in Japan, he is "quite functional" in Japanese, although by his own admission his literacy in the language isn't as proficient.

Maven also appears as a part of the traveling science exhibit "Magic: The Science of Illusion" in the "Magic of the Mind Illusion," which has toured in science museums such as Los Angeles and Boston. His name has been changed legally to Max Maven but he still uses "Phil Goldstein" as a pen name for technical writings.

In 2007, he won The Magic Woods Award for Best Teaching Video for his mentalism DVD "Nothing". He has appeared on the cover of numerous magic-related journals and periodicals.

Recently he has started his own show in Israel and has managed to learn some Hebrew.