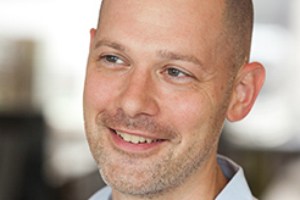 Sir Robert Hogg Matthew, OBE, FRIBA (1906–1975) was a Scottish architect and a leading proponent of modernism.

Robert Matthew was the son of John Matthew (also an architect, and the partner of Sir Robert Lorimer). He was born and brought up in Edinburgh, and attended the Edinburgh College of Art.

Robert was apprenticed with his father's firm. Then in 1936, he joined the Department of Health (Scotland), where by 1945 he had risen to become their Chief Architect and Planning Officer.

In 1946, Matthew moved to London, becoming Chief Architect and Planning Officer to the London County Council, where he served from 1946 to 1953, working on the post-war reconstruction of Greater London and masterminding the Festival of Britain including such buildings as the Royal Festival Hall, 1951. It was during these formative postwar years that the LCC’s housing and town planning policy established an international reputation, and many housing schemes (including the famous Roehampton housing estate) were created, as well as many schools.

In 1956, with Stirrat Johnson Marshall, Robert Matthew established the firm of RMJM (Robert Matthew, Johnson Marshall) in Edinburgh and London. Their first project was New Zealand House in the Haymarket, London (now considered one of Matthew's key buildings). In 1953 he returned to Edinburgh to become the first Professor of Architecture at the University of Edinburgh, where he established the new Department of Architecture in collaboration with RMJM, in a manner that has been compared to that of Walter Gropius at the Bauhaus. He continued as Professor there until 1968. The Matthew Architecture Gallery is now housed in the Department in his honour.

Matthew was closely involved with Basil Spence and Alan Reiach in the University's development plan for George Square, which ultimately resulted in the demolition of three sides of the square, and their replacement with modernist buildings. Matthew/RMJM were directly responsible for the design of the Arts Faculty buildings, now called the David Hume tower, Adam Ferguson building and the William Robertson building.

In the early 1960s Matthew was involved in the replacement of overcrowded, insanitary tenement housing in Hutchesontown, Glasgow with high rise tower blocks. His Waddell Court 16-storey blocks – built in 1964 - on the banks of the River Clyde still stand, and are widely regarded as the more successful of the Gorbals high-rises.

Elsewhere, Matthew/RMJM were both involved in the design for the campuses of the University of Stirling and University of York, and with Pakistan's new capital buildings in Islamabad.

During his studies, Robert Matthew won the Pugin Student award (1929) and was Soane medallist (1932). He became a Fellow of the RIBA in 1955 and served as its President from 1962 to 1964. He was awarded an OBE in 1952 and knighted in 1962. He was later also President of the Commonwealth Association of Architects [CAA] and the International Union of Architects [UIA].

Apart from his work as an architect, Matthew produced drawings that were widely exhibited, and also paintings, although they are less well known. Both display the same aesthetic concerns as Le Corbusier, Pablo Picasso and Henry Moore all of whom he was able to count among his friends and colleagues.