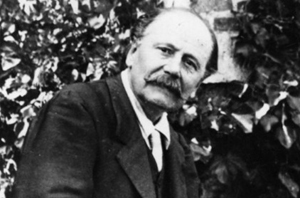 His compositions were very popular in the late 19th and early 20th centuries. However, his style fell out of favor not long after his death; and, except Manon, his works were rarely performed. Since the mid-1970s, many of his operas have seen periodic revivals.

Massenet was born in Montaud, then an outlying hamlet and now a part of the city of Saint-Étienne, in the Loire. When he was eleven his family moved to Paris so that he could study at the Conservatoire there. To support himself at that time he worked as timpanist for six years at the opera house.

In 1862 he won the Grand Prix de Rome and spent three years in Rome. His first opera was a one-act production at the Opéra-Comique in 1867, but it was his dramatic oratorio Marie-Magdeleine that won him the praise of the likes of Tchaikovsky and Gounod.

Massenet took a break from his composing to serve as a soldier in the Franco-Prussian War, but returned to his art following the end of the conflict in 1871. From 1878 he was professor of composition at the Paris Conservatory where his pupils included Gustave Charpentier, Reynaldo Hahn and Charles Koechlin. His greatest successes were Manon in 1884, Werther in 1892, and Thaïs in 1894. Notable later operas were Le jongleur de Notre-Dame, produced in 1902, and Don Quichotte, produced in Monte Carlo 1910, with the legendary Russian bass Feodor Chaliapin in the title-role.

In addition to his operas, he also composed concert suites, ballet music, oratorios and cantatas and about two hundred songs. Some of his non-vocal output has achieved widespread popularity, and is commonly performed: for example the Méditation religieuse from Thaïs, which is a violin solo with orchestra, as well as the Aragonaise, from his opera Le Cid and Élégie for solo piano. The latter two pieces are commonly played by piano students.