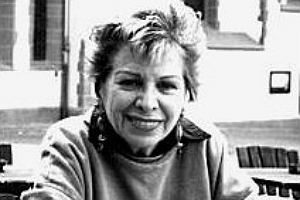 German-American astrologer who began her studies in 1966 and was a top professional by 1970. She co-authored, with Joan McEvers, the best-selling six volume series entitled "The Only Way To Learn Astrology," By 1984, 50,000 books had been sold. Marion was the co-founder of Aquarius Workshops in 1973 and editor of Aspects journal from 1973-1979.

In 1986 and 1989 she served as the director of UAC as well as co-founder and director of AFAN. Along with Neil Michelson and others, Marion was one of the instigators in establishing the United Astrology Congress lovingly known as UAC '86. Together with an outstanding group of people, she coordinated that one, most of '89 in New Orleans, and the Washington DC one in '92.

She is an internationally known and respected lecturer and teacher who has received many awards. Her honors include the PAI Award, the Aquarius Workshops Award, the Regulus Award, which she won twice, and her listing in "Who's Who Among Women" in 1985.

Marion was born in Germany to a mother who was a tiny lady, barely five ft and no-one believed how she could have this ten-lbs daughter. Her parents had lean years as her father would not accept help from his wife’s father, a well-known publisher, wanting to make his own way. When Marion was born, they lived in a walk-up flat. When she was nine months old, Hitler instigated the famous "Putsch" in Nurnberg and her dad immediately moved his family to Berlin. His entire family had always been in the banking and brokerage business in Europe and her dad did so well in Berlin that he eventually bought the bank where he had worked.

They lived very well, with an apartment near the famous "Tiergarten" in the winter and a summer house on the Templiner lake, and Marion had many cousins and relatives in the area. Her father had a prophetic feeling of discomfort in the late ‘20s and by 1930 he sold his bank, urging all of his associates to invest outside of Germany.

The family moved to Switzerland and built a home on the beautiful Lake Maggiore. From speaking German, Marion now had to learn Italian and French. Her former nanny became their housekeeper and it was an idyllic life. Ascona drew interesting people like a magnet and there were many political dissidents, intellectuals and artists in the community, fleeing the gathering storm clouds in Germany. The famous and the infamous had lunch at her parents house and Marion watched and listened.

She writes, "Erich Maria Remarque (All Quiet on the Western Front) was a neighbor and rowed over for exercise at least twice a week, and then consumed many more potato pancakes than he could possible lose by rowing! Hermann Hesse lived one lake over, Lago Lugano, and we saw him about once a month along with others who were famous and intriguing.

For me as a child it was a great education. I learned more listening to those authors as well as some interesting philosophers and politicians then I learned in schools then or afterwards."

She was sent away to boarding school at age 12, first to Geneva to the Ecole Internationale then to French Switzerland where she met her first American girls. She was so impressed by their self-assuredness that she immediately copied it. As a teen, she went to school in Lausanne, where she had much more freedom and learned to let loose her natural flirtatiousness.

In the fall of 1939, the family packed up and moved to Chile. The political situation was becoming tense, and Marion’s dad urged his folks to leave with them. They made it out of Germany and kept their lives – but not before the French boarded their Italian ship and removed those who were born in Germany or Austria. That six-week delay under restriction was sobering. When they finally reached Valparaiso, they found that the ship which carried their trunks had been torpedoed and sunk.

They rented a lovely house for a year in a beautiful place called Vina del Mar. Now Marion had to learn Spanish. They left Chile in 1941 and sailed to New York, immigrating into the U.S. and she had to start all over stuttering her way into English. She watched movies endlessly, repeating the lines and phrases.

After six months of New York, her parents could not stand the city and explored moving further west. While they were traveling, Marion looked for a job. With her limited English, the best job she could find was modeling – of fur coats – in the furnace of a New York summer.

Moving west, Marion found that the crazy world of Hollywood fit quite comfortably. She got a secretarial job and started acting school. At the Geller workshop, she met Marlene Dietrich’s daughter Maria and then Dietrich, who gave her a first entrée into theatrical Hollywood. Marion played in a few small film roles, leading up to a big break at 20th Century Fox, a role with Tyrone Power. Unfortunately, the role included a more private role with Daryl Zanuck, one that Marion turned down. No prude with sex, Marion was not about to use it for career advancement.

The day that Marion had enough money saved to go back to Switzerland, she left, 1947. She worked in the Foreign Service there, and re-met Nico March. She had known Nico before but had paid no attention to him as he was a year younger and a student. This time, they were both ready for the other, and they lived together in Zurich, marrying on 9/01/1948. After a short honeymoon, traveling some of the mountain passes of the Alps, in October they sailed to the U.S. It was Nico’s first trip to America and a wonderful "coming home" for Marion to her adopted country.

Nico took to America immediately. Despite knowing four languages, he had to learn another. He took to American food also, going from a skinny 142 lbs. to 172! His first job was parking cars while he learned English and he quickly became a bookkeeper. After a year, he started working at Merrill Lynch, Hollywood as a clerk. Very intelligent and quick, he was soon an assistant broker, moving ahead into the position of a top broker and partner. In July 2000 he celebrated his 50th year with Merrill Lynch.

Neither Nico nor Marion are very athletic, but they love to ski and enjoy their annual skiing trips to Switzerland with the family, after which Marion and Nico go on to Paris together for their own private renewal.

The children grew, there were trips and the upward mobility move to a better house. Then there was the empty nest, and suddenly her hobby of astrology segued into a career. Every two weeks, Marion has a class that has become a "salon," and her life is full.

She was interested and involved in her "second family," the astrological community, up to the end of her life, keeping up an international correspondence through email and maintaining classes at her home in Encino, CA. For the last week, she was simply too tired and she died peacefully in the arms of her beloved Nico on 5/28/2001, 2:22 PM PDT. It was Memorial Day, appropriately, as her memory will remain as one of the outstanding 20th century figures in her field.