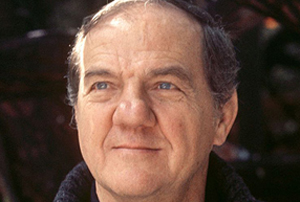 Karl Malden (born on March 22, 1912) is an Emmy Award-winning, Oscar-winning and Golden Globe-nominated American actor, known for his expansive manner.

In a career that spanned over seven decades, he was featured in classic films such as A Streetcar Named Desire, On the Waterfront and One-Eyed Jacks, with Marlon Brando, and also starred in the blockbuster movie, Patton. Among other notable film roles are Archie Lee Meighan in Baby Doll and Zebulon Prescott in How the West Was Won both starring Carroll Baker.

His best-known role was on television as Lt. Mike Stone on the 1970s crime drama, The Streets of San Francisco.

The eldest of three brothers, Malden was born Mladen George Sekulovich in Chicago, Illinois on 22 March 1912. He was the product of a Serb father, Petar Sekulovich, and Minnie Sekulovich, a Czech seamstress. The family moved from Chicago to the Serbian quarter of Gary, Indiana in 1917, when Malden was five years old. It is in Gary where his father would work in the steel mills and as a milk man. The Sekulovich family roots trace back to the city of Bile?a in Herzegovina. Malden spoke Serbian until he was in kindergarten. Malden's father had a passion for music, as Petar began organizing for the choir. As a teenager, Karl joined the Carol George Choir. In addition, his father produced Serbian plays at his church. Petar also taught students acting. A young Malden took part in many of these plays, including a version of Jack and the Beanstalk but most centering on the community's Serbian heritage. In high school he was a popular student and the star of the basketball team (according to his autobiography, Malden broke his nose twice while playing basketball, taking elbows to the face and resulting in his trademark bulbous nose). He participated in the drama department, and was narrowly elected senior class president. After graduating from Emerson School for Visual and Performing Arts in 1931, with high marks, he briefly planned to leave Gary for Arkansas, where he hoped to win an athletic scholarship, but college officials did not admit him due to his refusal to play any sport beside basketball. From 1931 until 1934, he worked as a factory worker in the steel mills, just like his father had.

From his uncle, he changed his name from Mladen Sekulovich to Karl Malden, when he became an actor at age 22.

In September of 1934, Malden decided to leave his native Gary, Indiana to pursue formal dramatic training at the Goodman Theater (later DePaul University). Although he had worked in the steel mills in Gary for three years, he had helped support his family and was unable to save enough money to pay for schooling. Making a deal with the director of the program, he gave the Institute the little money he did have, agreeing that if he did well, he would be rewarded with a full scholarship. He won the scholarship. When Malden performed in the Goodman's children's theater, he wooed the actress Mona Greenberg (stage name: Mona Graham), who married him in 1938. He graduated from the Chicago Art Institute in 1937. Soon after, without work and without money, Malden returned to Gary.

Film career and character actor before and after World War II
His life in his hometown came to an end as he traveled to New York City, and found some more appropriate plays for the city. He first appeared as an actor on Broadway in 1937, then did some radio work, before becoming a movie character actor in 1940, where his first film was They Knew What They Wanted (1940). He also attended the Group Theatre where he began acting in many plays and was introduced to a young Elia Kazan, who would soon work with him on A Streetcar Named Desire (1951) and On the Waterfront (1954). His acting career was interrupted by World War II and Malden served as a noncommissioned officer in the US 8th Air Force. While in the war, he was given a small role in the U.S. Army Air Forces play and film Winged Victory. After the war in 1945, he resumed his acting career, receiving yet another small supporting role in the play, Truckline Cafe, with a young, unknown actor, Marlon Brando. He also guest-starred in both The Ford Theatre and The Armstrong Circle Theatre. Jobs were getting harder to find for him as he was in his mid-30s and was about to give up. He received a co-starring role in the play, All My Sons with the help of director, Elia Kazan. With that success, he then crossed over into movies.

Film career: 1950s to 1970s
Malden resumed his film acting career in the 1950s, starting with The Gunfighter (1950), which followed by Halls of Montezuma (1950). The following year, he starred in A Streetcar Named Desire (1951), where he played Mitch, Stanley Kowalski's best friend and started a romance with Blanche DuBois (Vivian Leigh), On the Waterfront (1954), where he played a priest who influenced Terry Malloy (Marlon Brando) to testify against mobster-union boss Johnny Friendly (Lee J. Cobb). In Baby Doll (1956), he played a power-hungry sexual man who had been frustrated by a teenaged wife. Before and after he arrived in Hollywood, he starred in dozens of films of the late 1950s to the early 1970s, such as Fear Strikes Out (1957), Pollyanna (1960), Birdman of Alcatraz (1962), Gypsy (1962), How the West Was Won (1962), The Cincinnati Kid (1965), and Patton (1970), playing General Omar Bradley. After his last film, Summertime Killer (1972), roles were harder to find, however, he also starred in the made-for-television movie The Hijacking of the Achille Lauro (1989) (as Leon Klinghoffer).

The Streets of San Francisco
This article may require cleanup to meet Wikipedia's quality standards.
Please improve this article if you can. (July 2006)

In 1972, Malden was approached by producer Quinn Martin about starring as Lt. Mike Stone in The Streets of San Francisco. Although the concept originated as a made-for-television movie, ABC quickly signed on to carry it as a series. Martin hired Michael Douglas to play Lt. Stone's young partner, Inspector Steve Keller.

On Streets, Malden played a widowed veteran cop with more than 20 years of experience who is paired with a young officer recently graduated from college. During its first season, it was a ratings winner among many other 1970s crime dramas, and served as ABC's answer to such shows as Hawaii Five-O, Ironside, Kojak, McMillan and Wife, Police Woman, The Rockford Files and Switch.

During the second season, production shifted from Los Angeles to San Francisco. For his work as Lt. Stone, Malden was nominated for Emmys four times between 1974 and 1977 as Outstanding Lead Actor in a Drama Series but never won. After two episodes in the fifth season, Douglas left the show to act in movies (also, in 1975 he had produced the film One Flew Over the Cuckoo's Nest); on the show, his character left police work for teaching. Lt. Stone's new partner was Inspector Dan Robbins, played by Richard Hatch. The show took a ratings nosedive, and ABC canceled The Streets of San Francisco after five seasons and 119 episodes.

American Express
He famously delivered the line "Don't leave home without it!" in a series of US television commercials for American Express in the 1970s and 1980s.

Awards
Karl Malden won the 1951 Academy Award for Best Supporting Actor for A Streetcar Named Desire and was nominated in 1954 for his supporting role in On the Waterfront. Karl Malden is a past president of the Academy of Motion Picture Arts and Sciences. In October of 2003, Malden was named the 40th recipient of the Screen Actors Guild's Life Achievement Award for career achievement and humanitarian accomplishment.

On November 12, 2005, the L.A. Barrington Station renamed the building, Karl Malden Post Office, in Los Angeles, California, in honor of his proud achievements, which was followed by a passage of a bill founded by U.S. Congressman, Henry Waxman.

For his contribution to the motion picture industry, Karl Malden has a star on the Hollywood Walk of Fame at 6231 Hollywood Blvd. In 2005, he was inducted into the Western Performers Hall of Fame at the National Cowboy & Western Heritage Museum in Oklahoma City, Oklahoma.

Malden often finds ways to say "Sekulovich" (his real last name) in the movies and television shows he appears in. For example, as General Omar Bradley in "Patton", as his troops slog their way through enemy fire in Sicily, Malden says "Hand me that helmet, Sekulovich" to another soldier.
He is a member of the United States Postal Service's 16-member Citizens' Stamp Advisory Committee, which meets to review recommendations for U.S. commemorative postage stamps.
When he won the Best Supporting Actor in 1951 for his role as Mitch in A Streetcar Named Desire, he had to rent a tuxedo for the Oscar ceremony. At the ceremony, he was sat behind Hollywood legend Humphrey Bogart, and when his name was announced as the winner, he gave his rented suit jacket to Bogart for him to look after. Later, backstage, he sought Bogart for his jacket, but when he couldn't find it he asked Bogart where it had gone. Bogart replied: 'Forget about the jacket, kid. You've just won an Oscar!' He later found his jacket and returned it to the store the following day.

Private life
In 1976, his father, Petar Sekulovich, died of old age. To honor the memory of his father, Malden had a big role in Twilight Time six years later. It was a private film that was watched by a few people.

Malden has been married to Mona Greenberg since December 18, 1938. Their marriage is the third longest in Hollywood history. Actor Charles Lane's marriage to Ruth Covell Lane, from 12 April 1931 until her death on 30 November 2002, was the longest.