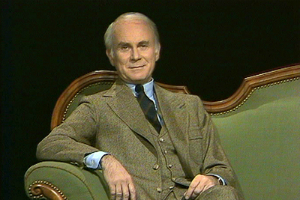 German comedian, humorist, cartoonist, film director, actor and writer. He is best known for his cartoons, the sketches from his 1976 television series Loriot, alongside Evelyn Hamann, and his two movies, Ödipussi (1988) and Pappa Ante Portas (1991). He is consider the best German comedian, ever.

His family von Bülow belonged to German aristocracy. His parents separated soon after he was born, his mother died when he was six. Von Bülow and his brother grew up in Berlin with their grandmother.

Von Bülow was still in school when World War II started. He completed the Notabitur, a shortened A-level, in 1941. In his family's tradition he became a military officer and was deployed to the Eastern Front for three years, serving as First Lieutenant of Panzergrenadierregiment 3 in the 3rd Panzer Division. Asked during an interview later in his life if he had been a good lieutenant he answered "Not good enough, otherwise I would have been part of the attempt of the 20. July 1944 to kill Hitler. But what the Wehrmacht is responsible for what happened in Russia I will be ashame to the end of my life."

Von Bülow's talent for drawing was eminent already during his school years. After the war he studied graphic design and painting at the Landeskunstschule in Hamburg. From 1950 onwards he published cartoons under the pseudonym "Loriot", derived from the French word for Oriole, his family's heraldic animal.

In 1971 von Bülow created a cartoon dog named Wum, which he voice acted himself. Wum became the mascot of "Aktion Sorgenkind", a German humanitarian organization. During the Christmas season of 1972 Wum's song "Ich wünsch' mir 'ne kleine Miezekatze" ("I wish I had a little kittycat"), sung in sprechgesang style, became popular enough to remain in the top position of the German pop charts for nine weeks. Wum also appeared in the German show Der große Preis (The Big Prize), where he appeared during breaks until the 1990s. Before long, Wum was accompanied by the elephant Wendelin, and later by Blauer Klaus (Blue Klaus), an alien hovering in with his flying saucer. Loriot wrote, drew and dubbed all of these skits by himself. Each cartoon ended with Loriot asking the viewers to take part in the TV-lottery, which supported the "Aktion Sorgenkind". When the show was dropped, the adventures of Wum and Wendelin ended as well. Today, Wum and Wendelin appear on the final page of the TV magazine Gong.

The first episode of the German television comedy series Loriot was produced in 1976. In six episodes, Loriot presented sketches, usually being the protagonist himself, and short cartoons, drawn by himself.

Loriot had a love of classical music and opera. In 1982 he conducted the humorous gala concert for the 100th anniversary of the Berlin Philharmonic Orchestra. He is also related to the orchestra's history by kinship (Hans von Bülow, the first chief conductor of the orchestra, was distantly related to Loriot). His narrative version of Camille Saint-Saëns' The Carnival of the Animals was repeatedly performed by Loriot with the Scharoun Ensemble, a chamber music ensemble consisting of musicians of the Berlin Philharmonic Orchestra. As a director, Loriot staged the operas Martha (Staatsoper Stuttgart, 1986) and Der Freischütz (Ludwigsburg, 1988). In 1983 Radio Bremen produced the broadcast "Loriot`s 60th birthday" for the broadcast station ARD on the occasion of Loriot's 60th birthday. In 1988 he received the Bavarian Film Award, Special Prize, and in 1993 the Bavarian Film Award, Honorary Award.

Loriot was awarded an honorary doctorate by the University of Wuppertal in 2001. He is honorary citizen of his hometown Brandenburg an der Havel and his chosen home Münsing since 1993. Furthermore, Loriot was a member of the Bavarian Academy of the Fine Arts (Bayerische Akademie der Schönen Künste) since that same year and of the Berlin Academy of the Arts (Berliner Akademie der Künste) since 1997. He became honorary professor of theatrical arts at the Berlin University of the Arts in June 2003. He received numerous awards for his performance in TV, movies and other disciplines. He died in Ammerland of old age, on 22 August 2011.