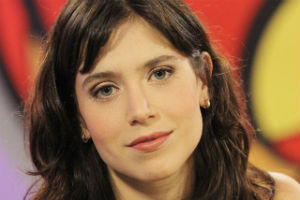 In 2001, at the age of 19, she debuted on TV playing the 18-year-old protagonist in the series Presença de Anita on Brazilian TV channel Rede Globo.

She acted in telenovelas (Desejos de Mulher — "Woman's Desires" and Como uma Onda — "Like a Wave"), theatre (Moças de Fino Trato) and TV specials, as well as several photo shoots for magazines and fashion companies (including a pictorial for Brazilian Playboy in 2004), even though she says a career as a model does not appeal to her.

In 2007, she became a television presenter at GNT / Sat TV Globo and released the book Mundo Afora - Diário de Bordo de Mel Lisboa, which includes stories and photographs from her program. That same year, she joined the cast of the soap opera Sete Pecados ("Seven Sins"), in which she played the role of Carla, a young, humble and extremely ambitious girl with a dubious personality.

In 2011 she signed with Rede Record TV, and her first role was in the series Sansão e Dalila ("Samson and Deliah"), playing the female protagonist.

In October 2012, she was admitted with intestinal virus and had to cancel espetáculo.

In 2013, the actress returns to the stage of the theater with the play Homem Não Entra, in which the piece brings the genre westerns to the stage and she also returns to television in new show of the GNT, As Canalhas, and also the telenovela written by Carlos Lombardi, Pecado Mortal in the Rede Record.

Mel Lisboa was married to Brazilian actor Daniel Alvim from 2004 to 2008, and on November 8 of that same year, Mel married musician Felipe Rosseno. The couple has been together since then and they have two kids.