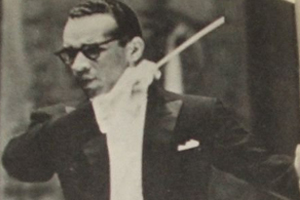 American musician and conductor, one of the first black conductors to break the color barrier and lead a major symphony orchestra.

From the time he was a wunderkind playing the double bass, his dream was live a life filled with music and conducting. At the age of 16, he rented the Wilshire Ebell Theatre and gave a recital. The following year he came under the guidance of Sylvia Kunin and he led her back-up orchestra when she started her TV show, "Debut." As a teenager, he made a debut himself with the Los Angeles Philharmonic as a virtuoso on the double bass, an orchestra of which he eventually became the associate conductor.

In the following three decades, Lewis specialized in guest-conducting operas around the nation and the world, including the Los Angeles Music Center Opera, the Metropolitan Opera in New York, the Scottish Opera and the Hamburg State Opera.

In 1954, when drafted into the military, Lewis conducted an Army orchestra in Europe. Returning home to Los Angeles, he replaced an ailing maestro Igor Markevitch in a concert on 2/09/1961 and received raves for both his performance and for representing a racial break-through.

In 1960, Lewis married mezzo-soprano star Marilyn Horne; they had one daughter, Angela, and divorced after 19 years.

He was treated for lung cancer in 1993 and also suffered chronic heart problems. On 1/26/1995, he died of a heart attack at his apartment in New York, NY.