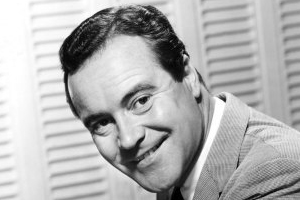 American actor. Onscreen since 1954, he was the Best Supporting actor in "Mister Roberts" and received an Oscar as Best Actor in "Save the Tiger," 1973. He was nominated for Best Actor in "Some Like it Hot," "The Apartment" and "Days of Wine and Roses." In the '40s he did two brief TV sitcoms, "That Wonderful Guy" and "Heavens to Betsy," as well as several stage plays.

Jack was the only child of a top executive; by the time he was ten, his parents' marriage was failing. He was a sickly kid, and three painful ear surgeries caused him to miss nearly a year of school. He began a robust training program. By age 12, was healthy, and by 15 had broken running records. He was in his first play at nine and loved the laughs that erupted when he forgot his lines.

Lemmon went to Harvard and served in the Navy in WW II. He met Cynthia Stone while doing an off-Broadway play; they married in 1950. Four years later she had their son Chris, but they divorced two years later. In the mid-'50s, he met Felicia on the Columbia set. "I found an ingrained sense of decency about him that's very attractive and masculine," she said. They married in Paris in 1962 and daughter Courtney was born four years later.

As an actor, he started at the top and only got better with age in his some-60 films, busier than ever at 70. He was one of the most popular and respected actors in Hollywood when he died of cancer at 76, 6/27/2001.