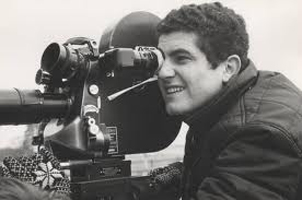 French noted film director, producer, screenwriter who came into fame at a youngful 13, producing a short, "Le Mal du Siecle," that won a prize in the Cannes Amateur Film Festival. The son of a Jewish confectioner whose family had resided three generations in Algeria, he became passionately involved in film, producing his first professional film in 1956, making shorts and TV commercials.

During his military service he produced ten shorts for the French army's cinematographic unit, 1957-1960. Lelouch's first full feature length film was in 1960 but due to limited financial backing, he went back into producing shorts for two more years.

After several failures, he established himself internationally with "A Man and a Woman," released in 1966. This film received the Grand Prize at Cannes and two Oscars, one for best foreign film and best original story. Lelouch had another film success with "Live For Life" in 1967. Through his production company, Les Films 13, he has produced films by other directors, but is widely noted for writing his own scripts, being his own producer and frequently operating his own cameras.

Lelouch has married twice with two kids; his second wife was actress Marie-Sophie.