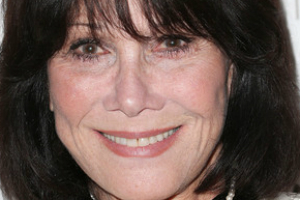 Michele Lee (born June 24, 1942) is an American singer, dancer, actress, producer, director and frequent game show panelist of the 1970s. She is best known for her Emmy Award nominated role as Karen Cooper Fairgate MacKenzie on the 1980s prime-time soap opera, Knots Landing. She co-starred with Dean Jones in the 1969 Disney film, The Love Bug. She is also a two-time Tony Award nominee for her work in the theatre.

Lee was born Michele Lee Dusick in Los Angeles, California, the daughter of Sylvia Helen (née Silverstein) and Jack Dusick, a make-up artist. She is of Ashkenazi Jewish descent, her ancestors being from Poland and Russia. She began her career on television in an episode of the late 1950s sitcom The Many Loves of Dobie Gillis.

She attended Alexander Hamilton High School where she became popular with her class. When she was 18, after graduation from high school, she auditioned for the Broadway play, Vintage '60. She soon began appearing in musicals, becoming Broadway performer at the age of 19 in How to Succeed in Business Without Really Trying opposite Robert Morse and Rudy Vallee, a role she reprised in the film version. She also appeared in dramas such as the Los Angeles production of Jerry Herman's Parade and the Broadway productions of Bravo Giovanni and The Tale of the Allergist's Wife.

After she sang in the film version of How to Succeed in Business Without Really Trying, she became known for her roles in the films The Comic and The Love Bug, the latter becoming the biggest blockbuster movie of 1969. That same year, she starred in a special television production of the Jerome Kern–Otto Harbach musical, Roberta, in which she sang "Smoke Gets In Your Eyes". After the birth of her son, she worked infrequently until accepting a role on Broadway in Seesaw, which netted her a Tony Award nomination in 1974. After her mother's death, she stopped working to spend time with her son.

In 1974, Lee starred in the pilot episode for proposed CBS sitcom The Michele Lee Show. She played Michele Burton, a clerk in a hotel newsstand, with support from Stephen Collins. However, only the pilot episode was aired and the series did not proceed. Lee became a busy guest actor in the 1970s, appearing in Marcus Welby, M.D., Alias Smith and Jones, Night Gallery, Love, American Style, Fantasy Island and The Love Boat.

In 1979, Lee accepted the role of Karen Fairgate on Knots Landing, a spin-off of the immensely popular Dallas. Though slow to start, the series eventually became a ratings hit and became one of the longest running American primetime dramas ever, lasting for a total of 14 seasons from 1979 - 1993. Lee was the only performer to appear in all of the show's 344 episodes.

Although Lee was enjoying a successful career on television, her marriage to actor James Farentino was failing. She and Farentino separated around the same time Lee's onscreen husband, Don Murray, left the show. Lee thus played a single mother on Knots Landing at the same time she was becoming one in real life. Lee revealed that when her character took off her wedding ring in a 1982 episode, she was taking off her real wedding band.

During the fall of 1982, her character met M. Patrick "Mack" MacKenzie (Kevin Dobson), who became her screen husband the following year. They would continue working together until the end of the series. Lee won the Soap Opera Digest Award for Best Lead Actress (Primetime) three times, and was also nominated for an Emmy Award in 1982 for "Outstanding Lead Actress in a Drama Series". In 1983, the writers/producers of Knots Landing urged her to do a storyline based on prescription drug dependency which became one of her most prominent storylines. Six years later, Lee directed her first of several episodes of the series. In 1991, Knots Landing reached a milestone with its 300th episode. During the same season, Lee filmed her favorite scene from the series, known as the "Pollyanna Speech" among fans. In this scene, for which Lee had much input, Karen reacts strongly against all of the social problems of 1990s society and explains how she doesn't want to be a Pollyanna and see the world through rose-colored glasses, but rather wanted the world to be rose-colored.

As Knots Landing moved into the 1990s, its popularity began to wane although it had outlived all of its contemporaries. The big budget that the series once had was trimmed to the extent that, in the final season, the higher paid cast members were asked to appear in only 15 of the season's 19 episodes as the production company couldn't afford to pay them. However, Lee insisted on appearing in all 19 episodes that season, doing her extra four episodes for "union scale" pay.

After Knots Landing ended in 1993, Lee has appeared in many made-for-TV movies, including a biopic of late country star Dottie West (Big Dreams and Broken Hearts: The Dottie West Story) and she became the first woman to star in, direct, and produce a TV movie for Lifetime, Color Me Perfect in 1996. She also starred in the reunion mini-series Knots Landing: Back to the Cul-de-Sac in 1997, and portrayed Hollywood novelist Jacqueline Susann in the television biopic Scandalous Me: The Jacqueline Susann Story in 1998. In 2004, she returned to feature films in the role of Ben Stiller's mother in Along Came Polly. She guest-starred alongside Chita Rivera in a February 2005 episode of Will & Grace. Also in 2005, she reunited with her Knots Landing co-stars for the non-fiction special Knots Landing Reunion: Together Again, in which the stars reminisced about their time on the hit series. Also in 2005, she appeared alongside Tyne Daly, Leslie Uggams, Christine Baranski and Karen Ziemba for the Kennedy Center Honor of Julie Harris. In 2010, Lee did voice work for an episode of the animated comedy series Family Guy.

In 1963, Lee met actor James Farentino on the set of the play, How to Succeed in Business Without Really Trying, and in 1966 they were married. Their son, David Farentino, was born July 6, 1969. Lee and Farentino divorced in 1983. She later married Fred Rappaport in 1987.