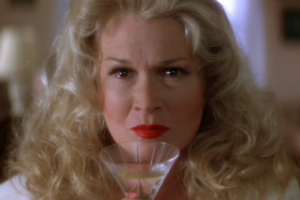 Diane Ladd (born November 29, 1932) is an American actress, film director, producer and author. She has appeared in over 120 roles, on television, and in miniseries and feature films, including Alice Doesn't Live Here Anymore (1974), Wild at Heart (1990), Rambling Rose (1991), Ghosts of Mississippi (1996), Touched by an Angel (1997) (TV), Primary Colors (1998), 28 Days (2000), and American Cowslip (2008). Twice divorced and currently married, Ladd is the mother of actress Laura Dern, by her ex-husband, actor Bruce Dern. Ladd has won a Golden Globe and a BAFTA and has been nominated three times for the Academy Award for Best Supporting Actress.

Ladd was born Rose Diane Ladner in Meridian, Mississippi, the only child of Mary Bernadette (née Anderson; August 15, 1912 – May 23, 2002), a housewife and actress, and Preston Paul Ladner (August 14, 1906 – April 1982), a veterinarian who sold products for poultry and livestock. Ladd is related to playwright Tennessee Williams and poet Sidney Lanier. Ladd was raised in the Roman Catholic faith of her mother.

Ladd was married to actor and one-time co-star Bruce Dern from 1960–1969; the couple had two children, Diane Elizabeth Dern and actress Laura Elizabeth Dern. Diane died at 18 months from head injuries caused by falling into a swimming pool. Ladd and Laura Dern co-starred in the films Wild at Heart and Rambling Rose. They also appeared together in Inland Empire, another film by David Lynch. They co-starred on the HBO series Enlightened from 2011 to 2013. Ladd is now married to Robert Charles Hunter.

In 1971, Ladd joined the cast of the CBS soap opera, The Secret Storm. She was the second actress to play the role of Kitty Styles on the long-running daytime serial. She later had a supporting role in Roman Polanski's 1974 film Chinatown, and was nominated for an Academy Award for Best Actress in a Supporting Role for her role as Flo in the film Alice Doesn't Live Here Anymore. That film inspired the television series Alice, in which Flo was portrayed by Polly Holliday. When Holliday left the TV series, Ladd succeeded her as waitress Isabelle "Belle" Dupree.

She appeared in the independent screwball comedy Hold Me, Thrill Me, Kiss Me in 1992, where she played a flirty, aging Southern belle alongside her real mother, actress Mary Lanier.

In 1993, Ladd appeared in the episode "Guess Who's Coming to Chow?" of the CBS comedy/western series Harts of the West in the role of the mother of co-star Harley Jane Kozak. The 15-episode program, set on a dude ranch in Nevada starred Beau Bridges and Lloyd Bridges.

In 2004, Ladd played psychic Mrs. Druse in the television miniseries of Stephen King's Kingdom Hospital. In April 2006, Ladd released her first book entitled: Spiraling Through The School of Life: A Mental, Physical, and Spiritual Discovery. In 2007, she co-starred in the Lifetime Television film Montana Sky.

In addition to her Academy Award nomination for Alice Doesn't Live Here Anymore, she was also nominated (again in the Best Actress in a Supporting Role category) for both Wild at Heart and Rambling Rose, both of which she starred alongside her daughter Laura Dern. Dern received a nomination for Best Actress for Rambling Rose. The dual mother and daughter nominations for Ladd and Dern in Rambling Rose marked the first time in Academy Award history that such an event had occurred. They were also nominated for dual Golden Globe Awards in the same year.

Ladd has worked in the theatre as well. She made her Broadway debut in the play Carry Me Back to Morningside Heights in 1968. In 1976, she starred in the play, A Texas Trilogy: Lu Ann Hampton Laverty Oberlander, for which she received a Drama Desk Award nomination.