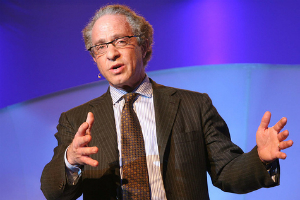 American author, inventor, futurist, and director of engineering at Google. Aside from futurology, he is involved in fields such as optical character recognition (OCR), text-to-speech synthesis, speech recognition technology, and electronic keyboard instruments. He is the author of several books on health, artificial intelligence (AI), transhumanism, thetechnological singularity, and futurism. Kurzweil is generally recognized as a public advocate for the futurist and transhumanist movements, due to his stances on life extension technologies, his efforts to forecast future advances in technology, and his interest in the concept of the technological singularity. At the same time, he has attracted significant criticism from scientists and thinkers.

Kurzweil has been described as a “restless genius” by The Wall Street Journal and “the ultimate thinking machine” by Forbes. PBS included Kurzweil as one of 16 “revolutionaries who made America” along with other inventors of the past two centuries. Inc. magazine ranked him #8 among the "most fascinating" entrepreneurs in the United States and called him "Edison's rightful heir".

Kurzweil has received many awards and honors, including the 1999 National Medal of Technology and Innovation, the nation’s highest honor in technology, from President Clinton in a White House ceremony. He was the recipient of the $500,000 Lemelson-MIT Prize for 2001, the world’s largest for innovation. And in 2002 he was inducted into the National Inventors Hall of Fame, established by the U.S. Patent Office. He has received nineteen honorary doctorates, and honors from three U.S. presidents.