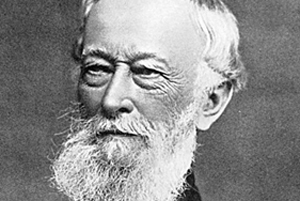 The Krupp family, a prominent 400-year-old German dynasty from Essen, have become famous for their steel production and for their manufacture of ammunition and armaments. The family business, known as Friedrich Krupp AG Hoesch-Krupp in modern times, merged with Thyssen AG in 1999 to form ThyssenKrupp AG, a large industrial conglomerate.

Overview
Friedrich Krupp (1787 – 1826) launched the family's metal-based activities, building a small steel-foundry in Essen in 1811. His son, Alfred (1812 – 1887), known as "the Cannon King" or as "Alfred the Great", invested heavily in new technology to become a significant manufacturer of railway material and locomotives. He also invested in fluidized hotbed technologies (notably the Bessemer process) and acquired many mines in Germany and France. He invested in subsidized housing for his workers and started a program of health and retirement benefits. The company began to make steel cannons in the 1840s - especially for the Russian, Turkish, and Prussian armies. Low non-military demand and government subsidy meant that the company specialized more and more in weapons: by the late 1880s the manufacture of armaments represented around 50% of Krupp's total output. When Alfred started with the firm, it had five employees. At his death twenty thousand people worked for Krupp - making it the world's largest industrial company.

In the 20th century the company was headed by Gustav Krupp von Bohlen und Halbach (1870-1950), who assumed the surname of Krupp when he married the Krupp heiress. During World War I some criticized Krupp's policy of selling cannons to the Entente as well as to the Central Powers, a policy which generated high profits. (Ford and GM allegedly acted similarly during World War II - however, the American parent companies did not control the German GM and Ford subsidiaries during hostilities.)

After Hitler came to power in Germany in 1933, the Krupp works became the center for German rearmament. In 1943, by a special order from Hitler, the company reverted into a family holding, and Alfried Krupp von Bohlen und Halbach (1907 - 67) took over the management. After Germany's defeat, when Gustav proved incapable of going on trial, the U.S. Nuremberg Military Tribunal convicted Alfred as a war criminal (in the so-called "Krupp Trial") for his company's use of slave labor. It sentenced him to 12 years in prison and ordered him to sell 75% of his holdings. In 1951, as the Cold War developed and no buyer came forward, the authorities released him, and in 1953 he resumed control of the firm.

In 1999, the Krupp Group merged with its largest competitor, Thyssen AG; the combined company — ThyssenKrupp AG, became Germany's fifth-largest firm and one of the largest steel-producers in the world.

History of the family

Early history
The Krupp family first appeared in the historical record in 1587, when Arndt Krupp joined the merchants' guild in Essen. Arndt, a trader, arrived in town just before an epidemic of plague and became one of the city's wealthiest men by purchasing the property of families who fled the epidemic. After he died in 1624, his son Anton took over the family business; Anton oversaw an extensive gunsmithing operation during the Thirty Years' War (1618 - 1648), beginning the family's long association with weapon manufacturing.

For the next century the Krupps continued to prosper, generation after generation, becoming Essen's most powerful family and accumulating more and more property in the city. By the mid-eighteenth-century, Friedrich Jodocus Krupp, Arndt's great-great-grandson, headed the Krupp family. In 1751, he married Helene Amalie Ascherfeld (another of Arndt's great-great-grandchildren); Jodocus died six years later, which left his widow to run the business--a family first. The Widow Krupp greatly expanded the family's holdings over the decades, acquiring a mill, shares in four coal mines, and (in 1800) an iron forge located on a stream near Essen.

Friedrich's era
In 1807 the progenitor of the modern Krupp firm, Friedrich Krupp, began his commercial career at age 19 when the Widow Krupp appointed him manager of the forge. Friedrich's father, the widow's son, had died 11 years previously; since that time, the widow had tutored the boy in the ways of commerce, as he seemed the logical family heir. Unfortunately, Friedrich proved too ambitious for his own good, and quickly ran the formerly profitable forge into the ground. The widow soon had to sell it away.

Friedrich continued to squander the family's money. In 1810, the widow died, and in what would prove a disastrous move, left virtually all the Krupp fortune and property to Friedrich. Newly enriched, Friedrich decided to discover the secret of cast (crucible) steel. Benjamin Huntsman, a clockmaker from Sheffield, had pioneered a process to make crucible steel in 1740, but the British had managed to keep it secret since then, forcing others to import the material. But after the Royal Navy began its blockade of Napoleon's empire, British steel became unavailable, and so Napoleon offered a prize of four thousand francs to anyone who could replicate the British process. And this prize piqued Friedrich's interest.

Thus, in 1811 Friedrich founded the Krupp Gusstahlfabrik (Cast Steel Works). He soon discovered, however, that he would need a large facility with a power source for success, and so he built a mill and foundry on an Essen stream. Soon Friedrich started pouring huge sums of time and money into the small, waterwheel-powered facility, neglecting all other Krupp business. After much work, Friedrich produced his first smelt steel in 1816.

Alfred Krupp (Alfried Felix Alwyn Krupp April 26, 1812 - July 14, 1887), son of Friedrich Carl, was born in Essen. Friedrich's death in 1826 left his widow as owner of the works. Alfred had to leave school at the age of fourteen and take on the direction of the works. The prospect seemed a cheerless one. His father had spent a considerable fortune in the attempt to cast steel in large blocks: in order to keep the works going at all, the family had to live in extreme frugality, while the youthful director laboured alongside the workmen by day, and carried on his father's experiments at night. For the next fifteen years, the works made barely enough money to cover the workmen's wages.

In 1841, his invention of the spoon-roller brought in enough money for Alfred to enlarge the factory and spend money on casting steel blocks. In 1847 he made his first cannon of cast steel. At the Great Exhibition of 1851 he exhibited a 6 pounder (2.7 kg) cannon made entirely from cast steel, and a solid flawless ingot of steel weighing 2000 pounds (907 kg), more than twice as much as any previously cast.

Krupp's exhibit caused a sensation in the engineering world, and the Essen works at once became famous. In 1851, another successful invention, one for the making of railway tyres, made a profit, which Alfred Krupp devoted partly to enlarging and equipping the factory, and partly to his long-cherished scheme - the construction of a breech-loading cannon of cast steel. Krupp himself strongly believed in the superiority of breech-loaders over muzzle-loaders, on account of the greater accuracy of firing and the saving of time, but this view did not win general acceptance in Germany till after the Franco-Prussian war, Krupp supplied his perfected field-pieces throughout Europe and wished to fulfill an order of guns to the Hapsburg empire on the eve of the Prusso-Austrian war, much to Bismarck's fury. His greatest grievance against the French was that the French high command had refused to purchase his guns despite Napoleon's support. Following the French defeat he did sell them his guns. Once the quality of this product gained recognition, the factory developed very rapidly. At the time of Alfred Krupp's death in 1887 he employed 20,200 men; and including those in works outside Essen, his rule extended over 75,000 people.

A curious incident took place before the Franco-German war. At the time that war was approaching Alfred was in the process of building his palatial new home, for which he needed French granite. Bowing to his demand, both the French and the Prussian monarchs agreed to have a special shipment of granite delivered to him from France despite the mutual trade embargo.

Krupp constructed special "colonies" for the employees and their families - with parks, schools and recreation grounds - while the widows' and orphans' and other benefit schemes insured the men and their families against anxiety in case of illness or death. He tried to control most aspects of his worker's lives: he demanded loyalty oaths, required workers to obtain written permission from their foremen when they needed to stop working to use the toilet, and issued proclamations explicitly telling his workers not to concern themselves with national politics.

A furious reactionary, Alfred frequently proclaimed he wished to have "a man come and start a counter-revolution" against Jews, socialists and liberals. In some of his odder moods, he considered taking the role himself. According to William Manchester, his great grandson Alfried would interpret these outbursts as a prophecy fulfilled by the coming of Hitler.