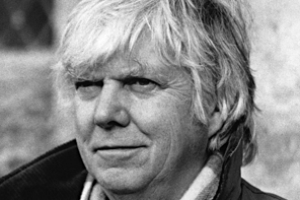 British occultist and writer, considered one of the world’s foremost authorities on ritual magic, Qabalistic symbolism and the Western Mystery Tradition. He is the author of more than twenty books on topics such as Rosicrucianism, Tarot, the history of magic, Arthurian legend, the Feminine Mysteries and ritual magic. He authored "Magic and the Western Mind," which was originally published in England as "A History of White Magic."

Born in Colchester, England, Knight exhibited an interest in psychic matters during his childhood, and in 1953, he began studying with the London-based Society of the Inner Light, an esoteric school founded by Dion Fortune. Quickly advancing through the levels, he was initiated into the Greater Mysteries in 1959. In 1962, he began editing the occult magazine, "New Dimensions," and he later became the Society’s librarian. His research into the unpublished material in the group’s archives led to publication of "A Practical Guide to Qabalistic Symbolism" in 1965.

That same year, increasingly unhappy with the Society, he resigned and moved to Gloucestershire where he co-founded a small publishing company, Helios Books. It was there that he met a young Christian priest, Anthony Duncan. Their exchange of ideas resulted in two significant works, "The Christ, Psychotherapy and Magic" by Duncan and "Experience of the Inner Worlds" by Knight.

In 1973, Knight founded a new esoteric school, which quickly became established with a flourishing membership. In 1976, he received an honorary Humanities Doctorate by the Sangreal Foundation of Dallas, Texas, and that same year, he was named "Outstanding Humanitarian." During the 1980s, he set up a correspondence course, later published as "The Magical World of the Tarot." In 1991, he was invited to edit Dion Fortune’s letters for later publication. The group he founded split into two factions in 1999, becoming the Avalon Group and the Companions of the Inner Abbey.

Knight has a daughter, Rebecca Wilby, an experienced ritual magician, who helped set up and administer his Tarot course in 1987. He lives in his home country of Essex.