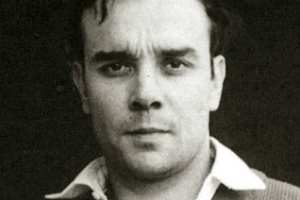 French artist considered an important figure in post-war European art. He is the leading member of the French artistic movement of Nouveau réalisme founded in 1960 by art critic Pierre Restany. Klein was a pioneer in the development of Performance art, and is seen as an inspiration to and as a forerunner of Minimal art, as well as Pop art.

His parents, Fred Klein and Marie Raymond, were both painters. His father painted in a loose Post-impressionist style, while his mother was a leading figure in Art informel, and held regular soirées with other leading practitioners of this Parisian abstract movement.

Between 1947 and 1948, Klein conceived his Monotone Symphony (1949, formally The Monotone-Silence Symphony) that consisted of a single 20-minute sustained chord followed by a 20-minute silence – a precedent to both La Monte Young's drone music and John Cage's 4′33″.[citation needed] During the years 1948 to 1952, he traveled to Italy, Great Britain, Spain, and Japan. In Japan, at the early age of 25, he became a master at judo receiving the rank of yodan (4th dan/degree black-belt) from the Kodokan, which at that time was a remarkable achievement for a westerner. He also stayed in Japan in 1953. Klein later wrote a book on Judo called Les fondements du judo. In 1954, Klein settled permanently in Paris and began in earnest to establish himself in the art world.

He suffered a heart attack while watching the film Mondo Cane (in which he is featured) at the Cannes Film Festival on 11 May 1962. Two more heart attacks followed, the second of which killed him on 6 June 1962. His son, Yves, was born a few months later in Nice.