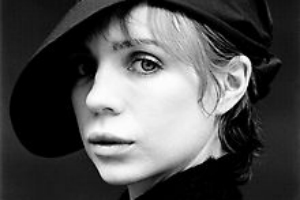 Gelsey Kirkland (born 29 December 1952, in Bethlehem, Pennsylvania) is an American ballerina. Kirkland joined the New York City Ballet in 1968 at age fifteen, at the invitation of George Balanchine. She was promoted to soloist in 1969 and principal in 1972. She went on to create leading roles in many of the great twentieth century ballets by Balanchine, Jerome Robbins, and Antony Tudor including Balanchine's revival of The Firebird, Robbins' Goldberg Variations, and Tudor's The Leaves are Fading.

She is perhaps most famous to the general public for dancing the role of "Clara" in Baryshnikov's 1977 televised production of The Nutcracker. She left the ABT in 1984.

In 1986, Kirkland, along with her then husband Greg Lawrence, published Dancing On My Grave, an explosive memoir chronicling her artistic transformation from George Balanchine's "baby ballerina" to one of the most acclaimed ballerinas in her generation. The book described in startling detail her struggles with her domestic family problems, anorexia, bulimia, drug addiction, her quest for artistic perfection, and her complicated love affair with ballet superstar Mikhail Baryshnikov and numerous other men, most of whom she encountered in the ballet world.

Her second autobiography published in 1990 titled The Shape Of Love, dealt with her move to England to dance with the Royal Ballet, her attempts to get a fresh start with her first husband, and her return to American Ballet Theatre with a clean slate and a renewed outlook on life.

After these two intensely graphic autobiographies, she and her husband/co-writer collaborated on one more book—a children's book called "The Little Ballerina and Her Dancing Horse" in 1993.

She currently lives in New York, with her second husband, the danseur, choreographer and teacher, Michael Chernov, who was also with ABT. In 2006, she was awarded the Dance Magazine Award. (For years, they lived in Australia.)

She is currently teaching at STEPS on Broadway, and has recently choreographed (with Chernov and ABT artistic director Kevin McKenzie) a new production of Tchaikovsky's The Sleeping Beauty, in which, after a more than twenty years absence from the stage, she danced the role of "Carabosse, the Wicked Fairy". In 2010, Ms. Kirkland and Mr Chernov established the Gelsey Kirkland Academy of Classical Ballet (GKACB), where they serve as co-Artistic Directors.

She appeared as guest artist with the Royal Ballet 1980-86.

Her father was Jack Kirkland, a renowned playwright who penned the Broadway adaptations of Tobacco Road and Tortilla Flat.

She applied for the position of Artistic Director of a major ballet company in Ireland, she declined in favor of teaching directly. She eventually went on to found her own company.

Her older sister Johnna also studied at the School of American Ballet and danced with the New York City Ballet. Johnna herself was fired from the company for allegedly using drugs. Johnna wound up quitting professional ballet in 1983, two years after breaking her foot (a career-ending injury) and because the company she was then dancing with (the Los Angeles Ballet, which she co-founded) ceased to pay the dancers' salaries. Last heard, she was still living in L.A. but works primarily in an art store—mostly in acrylics and paint, making artisan floor cloths and place mats. Although she retired rather early, videos of her dance performances are available for free to download on the internet.

She left the New York City Ballet for numerous reasons—the opportunity to dance with Baryshnikov, the anorexic/bulimic beliefs the company held, her desire to dance classical works and emote in her performances, among other reasons.

Among her injuries throughout her career, Gelsey Kirkland broke her foot, had a hairline fracture, and her feet accumulated blisters, bunions and repeatedly swelled up due to lack of proper circulation from pointework.

Balanchine rechoreographed his version of Stravinsky's The Firebird specifically for her.