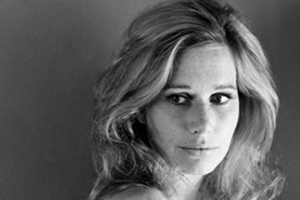 American actress, onscreen from 1957 in co-starring roles, probably best known as "Hot Lips Houlihan" in the movie "M.A.S.H." which brought her a 1970 Academy Award nomination for supporting actress. Tall, blond, and lanky, accomplished and versatile, her roles have included "The Boston Strangler," "Last of the Red Hot Lovers" with Alan Arkin, the musical remake of "Lost Horizon," "Someone to Love," and "Welcome to L.A."

Born in Long Beach, Kellerman grew up in San Fernando Valley and attended Hollywood High School. Not particularly interested in becoming a movie star, she did however perform in church productions, and worked as a waitress on Sunset Boulevard. Somewhere along the line when she was in acting class with Jack Nicholson, Robert Blake and Richard Chamberlain, the theater-bug bit, and she began her move up the ladder in episode TV.

She found it great fun and began to aim for the movies. She has been seen in numerous TV guests spots, Los Angeles stage plays and voice-overs for commercials. Kellerman is also a bluesy music singer who has performed at engagements in New York and Hollywood night spots.

She shares her Hollywood Hills home with her husband, Producer Jonathan Krane and a couple of friendly dogs.