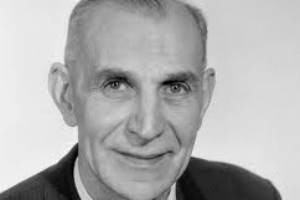 Kastler was born in Guebwiller (Alsace, German Empire) and later attended the Lycée Bartholdi in Colmar, Alsace, and École Normale Supérieure in Paris in 1921. After his studies, in 1926 he began teaching physics at the Lycée of Mulhouse, and then taught at the University of Bordeaux, where he was a university professor until 1941. Georges Bruhat asked him to come back to the École Normale Supérieure, where he finally obtained a chair in 1952.

Collaborating with Jean Brossel, he researched quantum mechanics, the interaction between light and atoms, and spectroscopy. Kastler, working on combination of optical resonance and magnetic resonance, developed the technique of "optical pumping". Those works led to the completion of the theory of lasers and masers.

He won the Nobel Prize in Physics in 1966 "for the discovery and development of optical methods for studying Hertzian resonances in atoms".

He was president of the board of the Institut d'optique théorique et appliquée and served as the first chairman of the non-governmental organization (NGO) Action Against Hunger.

Professor Kastler spent most of his research career at the Ecole Normale Supérieure in Paris where he started after the war with his student, Jean Brossel a small research group on spectroscopy.

Over the forty years that followed, this group has trained many of young physicists and had a significant impact on the development of the science of atomic physics in France. The Laboratoire de Spectroscopie hertzienne has then been renamed Laboratoire Kastler-Brossel in 1994 and has got a part of its laboratory in Université Pierre et Marie Curie mainly at the École Normale Supérieure.