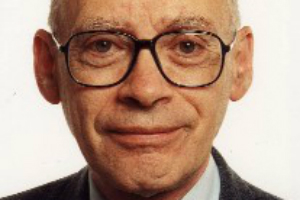 He is widely recognized as a pioneer in the field of asymmetric catalysis. His discoveries have had far-reaching impacts on the pharmaceutical industry.

He graduated from the Sorbonne and École nationale supérieure de chimie de Paris and carried out his PhD under J. Jacques at the Collège de France. Subsequently he was a research associate with A. Horeau. He then moved to Université Paris-Sud, Orsay where he is presently emeritus Professor.

In 2001 controversy was caused when Kagan was not given the Nobel prize which had been shared by K. Barry Sharpless of the Scripps Research Institute in La Jolla, California, Ryoji Noyori of Nagoya University, Japan, and William Knowles, formerly of Monsanto Company in St Louis, Missouri, for work on catalytic asymmetric synthesis. It was thought that as Kagan was one of the pioneers of the field he too should have been honoured. However, as the prize can be given to a maximum of three people he was left off.