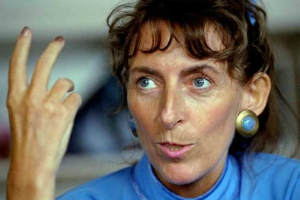 Dutch internationally known psychic, said to have restored sight and healed cancer. She transmits power through her hands and accepts $30 donations for healing sessions. She originally lectured in the U.S. in 1986 and is well known in Europe. Articles have been written about her in Germany, Holland, Belgium, Spain, Sweden, Norway, Hong Kong, Austria, Canada, Poland, Malaysia, Japan, the West Indies and the United States. She often does TV interviews, has her own radio program, and sells magic water. Special trains are scheduled in the Netherlands just to take the 15,000 people per week, which pay ten guilders a head, to her headquarters for healing services.

Her dad died before she was born. Prior to becoming a healer she was a singer and dancer, becoming aware of her paranormal powers at the age of 19. At the age of 28 she felt that she was clairvoyant and began part time to practice healing. Four years after becoming a part time clairvoyant, in 1980, she performed her first miracle healing.

Another reporter states that Jomanda is a well-known paranormal healer in Holland who sees thousands of people at a time into her healing sessions in an enormous auction hall, day after day for years. Notorious or famous for the bottles of her "radiated" water that were (and probably still are) sold as a curative during the early and mid-nineties. Now she seems to have retired to some extent, though she is still often seen on TV and is actually taken seriously by some well-educated people too. She claims to be helped by "helpers from the other side". There are a lot of worshippers and an even larger lot of people who consider her a charlatan.