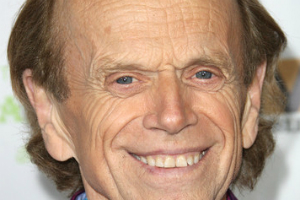 Alan Charles "Al" Jardine (born September 3, 1942) is a founding member of the American music group The Beach Boys, a guitarist, composer and occasional lead vocalist. He was inducted into the Rock and Roll Hall of Fame as a member of the group in 1988.

Jardine was born in Lima, Ohio. His family moved from Ohio to San Francisco, California, and later to Hawthorne, California. At Hawthorne High School, Jardine met fellow footballer Brian Wilson, then caught Brian & Carl Wilson singing for the school assembly. He attended El Camino College with Brian and there first posited the idea of forming a band as the two worked through harmony ideas together in the college's music room. Jardine's primary musical interest was folk, and he learned banjo and guitar specifically to play folk music. When the Beach Boys formed at Wilson's home, Jardine first tried to push the band toward folk, but was overruled in favor of rock 'n' roll. An all-rounder on string instruments, Jardine played stand-up bass on The Beach Boys' first recording, the 1961 song "Surfin'". Following his brief departure from the band in early 1962, he dabbled with a career in the air industry in Los Angeles. Popular belief suggests he was replaced by David Marks, but the two guitarists worked more or less concurrently with the evolving Beach Boys and the confusion arises from Jardine's temporary abandonment of the band. Jardine fully rejoined the Beach Boys in the summer of 1963 at the request of Wilson. Al worked alongside Marks with the band until October 1963, when Marks quit the Beach Boys after an altercation with the band's manager, Murry Wilson.

With the Beach Boys

Jardine is the band's rhythm guitarist and middle-range harmony vocalist. He first sang lead on "Christmas Day", on the 1964 Beach Boys Christmas Album, and followed shortly after with the Number 1 hit "Help Me, Rhonda". Thereafter he regularly sang leads on tracks including "Then I Kissed Her", "Cotton Fields", "TM Song", "Take a Load Off Your Feet", "Lookin' at Tomorrow (A Welfare Song)", "Peggy Sue", "Lady Lynda", "Come Go with Me", "Honkin' Down the Highway", and "Crack at Your Love". He is the co-lead singer on other tracks, including "Break Away", "Winds of Change", "California Calling", "Isn't it Time", "Somewhere Near Japan" and "I Know There's an Answer". Of this last track, producer-writer Brian Wilson has stated that he preferred Jardine's vocal to his own. During the Pet Sounds sessions, Jardine suggested to Wilson that Wilson should work on his altered arrangement of "Sloop John B".

Beginning with his contributions to the Friends album, Jardine wrote or co-wrote a number of songs for the Beach Boys, varying in style from straight-ahead rockers like "Susie Cincinnati" to Wilsonesque mid-tempo harmony efforts like "Island Girl". The prominence of Brian Wilson's influence on his compositions is clear on "California Saga: California" from the Holland album, which charted in early 1973. On the same album Jardine utilized the Big Sur poet Robinson Jeffers' poem, The Beaks of Eagles, as part of the so-called "California Suite" which is both paean to West Coast culture and a subtle call to arms about environmental neglect. Jardine's song for his first wife, "Lady Lynda" (1978) proved a considerable success for the band beyond the US, scoring a Top Ten chart entry in the UK. After Jardine's divorce, the song was re-titled "Lady Liberty" in honor of the centennial of the Statue Of Liberty, which was celebrated in 1986.

Increasingly from the time of the Surf's Up album Al became involved alongside Carl Wilson in production duties for the Beach Boys. He shared production credits with Ron Altbach on 1978's M.I.U. Album and was a significant architect (with Mike Love) of the concept and content of the album. As with "Lady Lynda" and his 1969 rewrite of Lead Belly's "Cotton Fields", "Come Go with Me", and "Peggy Sue" on the M.I.U. Album were Jardine productions - the first being a measurable hit in the UK.

In the late 1970s and early 1980s, as the various Beach Boys diverted talents to other projects, Jardine's voice remained central in their irregular shared work and he can be heard prominently on songs like 1979's "It's a Beautiful Day", which he co-wrote with Love and which later appeared on 1981's Ten Years of Harmony compilation assembled by James William Guercio for Caribou CBS, and one-off movie-featured songs like "Happy Endings" (1985) and "Problem Child" (1990).

Jardine instigated the recording by The Beach Boys of a cover of The Mamas And The Papas' biggest hit, "California Dreamin'". The song was a major success for the band, reaching Number 8 on the Billboard adult contemporary chart in 1986. The music video for the song featured in heavy rotation on MTV, securing extensive international airplay. The video featured all the surviving Beach Boys and two of the three surviving members of the Mamas And The Papas, John Phillips and Michelle Phillips (Denny Doherty was on the East coast and declined), along with former Byrds guitarist Roger McGuinn.

In the early 1990s, as legal moves were initiated to remove Brian Wilson from the care and control of his therapist, Dr Eugene Landy, the Beach Boys strove to retain recording unity and worked as a fractured team on the Mike Love-conceived album Summer in Paradise, once again a project with an ecology theme. Recorded in sessions from 1991 until the end of 1992 and released in December 1992, the album features strong leads by Jardine on "Slow Summer Dancin' (One Summer Night)" and "Strange Things Happen".

Following the death of Carl Wilson in 1998, Jardine left the touring version of The Beach Boys, leaving Love as the only original member in the group playing live concerts.

On December 16, 2011, it was announced that Brian Wilson, Mike Love, Al Jardine, Bruce Johnston and David Marks would reunite for a new Beach Boys album and 50th anniversary tour in 2012. Within the industry word circulated that the reunited band was recording at Wilson's favored Western Studios in Los Angeles, aided by Joe Thomas, Brian's collaborator on his 1999 solo album, Imagination. The reunion kicked off with a Grammy event performance in February 2012. The new album That's Why God Made the Radio was released on June 4, 2012. The album features prominent vocals by Jardine, especially on the tracks "Spring Vacation" and "From There to Back Again".

In late 2012, following the reunion it was announced that Jardine would no longer tour with the band as Love returned the lineup to its pre Anniversary Tour configuration with Love and Bruce Johnston as its only members.

Jardine left the touring line-up of the Beach Boys in 1998 after Carl Wilson died, but remained a member of the Beach Boys corporation Brother Records. Resident in the South Bay area of Los Angeles during the touring heyday of the Beach Boys, Jardine moved to Big Sur in Northern California in the seventies where, for a time, he bred Arabian horses and studied local environmental protection. His self-penned songs often center on welfare or environmental issues. "Don't Go Near the Water" (co-written with Mike Love), "Lookin' At Tomorrow (A Welfare Song)", "California Energy Blues", and "Looking Down the Coast" are all social commentaries and Jardine professes continued interest in environmental causes. In the late 1970s he began building Red Barn Studios on his Big Sur estate, and tracks like his "Santa Ana Winds" (which would appear on the Beach Boys' Keepin' the Summer Alive) were first taped there.

From the late 1990s, Jardine toured and recorded with his Endless Summer Band, in a line-up that comprised several musicians who toured with The Beach Boys, including Billy Hinsche of Dino, Desi and Billy, Ed Carter, Bobby Figueroa, and Jardine's sons, Matt and Adam. In 2001, Jardine's band released Live in Las Vegas, featuring Beach Boys songs like "Wild Honey", previously rarely performed live.

In the fall of 2006, Jardine joined the Brian Wilson Band for a short tour celebrating the 40th anniversary of Pet Sounds.

In March 2008, Jardine settled a suit brought against him by Love and the estate of Carl Wilson regarding use of the "Beach Boys" name. Love had leased the Beach Boys' name and it was deemed that Jardine's newly-formed band, called the Beach Boys Family & Friends (featuring sons Matt and Adam Jardine, Carnie and Wendy Wilson, Daryl Dragon, Billy Hinsche, and others), was a breach of title use.

In August 2010, the Red Hot Chili Peppers rehearsed their album I'm With You (released 2011) at Red Barn Studios. Other established artists, including the Fleet Foxes and Steve Miller, have used Jardine's studio, and it was here Jardine began taping his first solo album.

Jardine has authored one book, Sloop John B: A Pirate's Tale, illustrated by Jimmy Pickering (Milk & Cookies Press, 2005). The book is a children's story about a boy's Caribbean adventure with his grandfather, reworded from the original folk lyric of the song "Sloop John B". It also includes a free CD with singalong acoustic recording by Jardine.