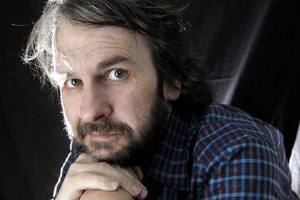 New Zealander film maker and Oscar-winning director for his movie trilogy, "The Lord of the Rings" based on the J.R. R. Tolkien books. Each movie of the trilogy was released in time for the Christmas season for three consecutive years and each was a blockbuster hit.

An only child, Jackson has been making movies since he was eight years old when he received his first movie camera as a birthday gift. In 1987 he produced "Bad Taste," a film which became a cult classic and, after being shown at the Cannes Film Festival, brought his name forward as a master of movies with special effects, bizarre humor and blood baths.

In 1992, he produced "Braindead" and horror movies became his genre for several years. The three films comprising the "Lord of the Rings" trilogy, first released in 2001, although relying on magnificent special effects, are the most mainstream of his movies and garnered several Academy Awards including "Best Movie" in 2004, after the release of part three.

Jackson rather looks the part of a cult-classic maker and maverick--his dark curly hair is long-ish and disheveled, and his appearance is rather sloppy, even in a tuxedo at formal events! He and his business and life-partner, Frances Walsh, with whom he writes many of his scripts, have two children.

He was named a knight at the end of December 2009.