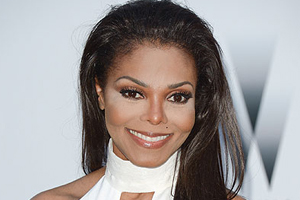 In 2007, Jackson was ranked the 7th richest woman in the entertainment business by Forbes Magazine, amassing a fortune of over $150 million.

In 1984, at age eighteen, Jackson eloped with James DeBarge, a member of the singing group DeBarge. News of the couple's nuptials was reported on Entertainment Tonight. Jackson would later admit that the marriage was not a good one, and that the family—particularly Joe—disapproved of the union. Jackson was granted an annulment in March 1985. There have been allegations made by DeBarge’s brother that Jackson and DeBarge produced a daughter who was born shortly after their breakup and lived with her aunt Rebbie Jackson. Jackson has refuted these rumors.

In 1991, Jackson and long-time lover/business partner René Elizondo Jr., were secretly married in a private ceremony. Hoping to avoid public scrutiny, the two sought to kept their marriage a closely guarded secret, while continuing to present themselves as simply live in lovers in the eye of the media. As the decade drew to a close, both Jackson and Elizondo admitted that they had become more business partners than a couple. In 1999, the two ended their eight year marriage. In 2001, Rene Elizondo sued Janet for spousal support. Their court battle ended in 2003 with the divorce finalized and Elizondo receiving half the multi-million dollar pay-off he was hoping for.

Since 2003, Janet has been involved with hip-hop producer Jermaine Dupri. In the time that they’ve been together, there have been numerous rumors that the two have married, though they have consistently denied these reports although she admits that the two do live together. Dupri appeared in Janet’s video for “I Want You,” while Janet returned the favor by appearing in Dupri's video for his 2005 single, “Gotta Getcha.”