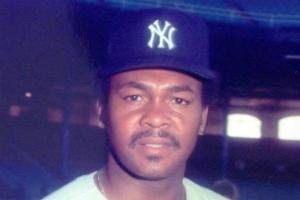 In 1961, he signed with the Philadelphia Phillies as an amateur free agent. He made his MLB debut with the Phillies in 1965. Jackson was named to the 1969 National League All-Star team, but did not appear in the game.

After the 1970 season, the Phillies traded Jackson, Jim Hutto and Sam Parrilla to the Baltimore Orioles for Roger Freed. In September 29 to October 1, 1974 he won 3 consecutive games in relief,a record he tied.

On June 15, 1976, the Orioles traded Jackson with Doyle Alexander, Jimmy Freeman, Elrod Hendricks and Ken Holtzman to the New York Yankees for Rick Dempsey, Tippy Martinez, Rudy May, Scott McGregor and Dave Pagan. After the season, he was drafted by the Seattle Mariners from the York Yankees as the 11th pick in the 1976 Major League Baseball expansion draft. A few weeks later, he was traded by the Mariners to the Pittsburgh Pirates for Craig Reynolds and Jimmy Sexton.

On September 1, 1981, Jackson was purchased by the Montreal Expos from the Pirates for $50,000. After the season, the Expos traded Jackson to the Kansas City Royals for Ken Phelps. During the 1982 season, the Royals released Jackson, and he signed with Pittsburgh, who released him after the season.

He also played for the Gold Coast Suns of the Senior Professional Baseball Association in 1989.