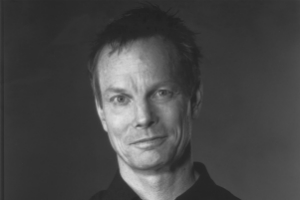 William Mills "Bill" Irwin (born April 11, 1950) is an American actor and clown noted for his contribution to the renaissance of American circus during the 1970s. He is known for his vaudeville-style stage performances, and has also made a number of appearances on film and television and won a Tony Award for his role in Who's Afraid of Virginia Woolf on Broadway. He is known by children as Mr. Noodle on Sesame Street's Elmo's World.

Irwin was born in Santa Monica, California, the son of Elizabeth (née Mills), a teacher, and Horace G. Irwin, an aerospace engineer. He graduated from Oberlin College in 1973 and attended Ringling Brothers and Barnum & Bailey Clown College the following year. In 1975, he helped found the Pickle Family Circus in San Francisco, California. He left the company in 1979, and decided to pursue stage work.

Irwin has created several highly regarded stage shows that incorporate elements of clowning, often in collaboration with composer Doug Skinner. These works included The Regard of Flight (1982), Largely New York (1989), Fool Moon (1993),The Harlequin Studies (2003),and Mr. Fox: A Rumination (2004). Mr. Fox is a production that Irwin has worked on for years, a biography of 19th century clown George Washington Lafayette Fox that also has autobiographical elements. In 2013, he teamed with his occasional partner David Shiner to create and perform in the Off-Broadway "clowning revue-with-music" Old Hats. Old Hats won the 2013 Drama Desk Award for Outstanding Revue.

Irwin adapted Molière's play Les Fourberies de Scapin as a comedy called Scapin, and has played the title role in several productions. He appeared in the play at the Off-Broadway Roundabout Theatre Company Laura Pels Theatre in Janary through March 1997, after performing in the play at the Seattle Rep.His adaptation allowed him to interpolate his signature clowning routines into the course of the action.

In 1996, Irwin performed with The Cadets Drum and Bugle Corps at the 1996 Summer Olympics, in a "band on the run" sequence where he played Dr. Hubert Peterson of the fictitious Federation of United Marching Associations of America.

Although Irwin is best known for his theatrical clown work, he has also been featured in a number of dramatic plays. Irwin appeared with Steve Martin and Robin Williams in the Lincoln Center Off-Broadway production of Waiting for Godot in 198, in the role of Lucky.Lucky's only lines consist of a famous 500-word-long monologue, an ironic element for Irwin since much of his clown-based stage work was silent.

He directed the 1998 Roundabout Theatre Company production of A Flea in Her Ear. He appeared in 2002 with Sally Field in the replacement cast of The Goat or Who is Sylvia?. In 2005, he starred as George alongside Kathleen Turner in a revival of Edward Albee's Who's Afraid of Virginia Woolf?. He played Vladimir (Didi) in the 2009 Broadway revival of Waiting for Godot,and Mr. McAfee in the Broadway revival of Bye Bye Birdie. In 2011, he appeared in King Lear at the Public Theatre.

Irwin's first featured film role was in 1980, appearing as Ham Gravy in Robert Altman's Popeye starring Robin Williams. He has appeared in over 20 films, mainly in supporting roles. Irwin's principal film roles included My Blue Heaven, a 1990 comedy with Steve Martin and Rick Moranis, and Eight Men Out, which tells the true story of the "Black Sox" gambling scandal of 1919. Irwin tap-danced in a leading role in 1991's Stepping Out with Liza Minnelli and appeared as a mime in the Paul Mazursky film Scenes from a Mall alongside Woody Allen and Bette Midler. His authentic vaudevillian skills landed him a role in the Sam Shepard film Silent Tongue in 1994, and he appeared in film adaptations of How The Grinch Stole Christmas, The Laramie Project and A Midsummer Night's Dream. He played an ex-brain surgeon, house salesman in the Nickelodeon show The Adventures of Pete & Pete. In 2006, Irwin played the solitary Mr. Leeds in M. Night Shyamalan's Lady in the Water and had a small role in 2007's Across the Universe. He received critical acclaim for his role as Paul, father to Anne Hathaway's character Kym, in the 2008 drama Rachel Getting Married.

His most notable television roles have been Enrico Ballati, "The Flying Man", on the television series Northern Exposure, Mr. Noodle in the Elmo's World segment of the PBS children's show Sesame Street and the "Dick & Jane" serial killer Nate Haskell on CSI: Crime Scene Investigation.

Irwin was featured in the 1988 music video of "Don't Worry, Be Happy" by Bobby McFerrin (along with McFerrin and Robin Williams). Irwin was also featured in HBO's 1997 production Subway Stories. He has also appeared on The Cosby Show, Saturday Night Live, 3rd Rock from the Sun, Law & Order and Lights Out.

Irwin was awarded the National Endowment for the Arts Choreographer's Fellowship in 1981 and 1983. In 1984, he was named a Guggenheim Fellow and was the first performance artist to be awarded a 5-year MacArthur Fellowship.

In 1992, he won an OBIE Award for his performance in Texts for Nothing. Together with David Shiner he won a special Tony Award for Live Theatrical Presentation in 1999 for their show Fool Moon. In 1993, this show already had won a Drama Desk Award for "Unique Theatrical Experience" and an Outer Critics Circle "Special Achievement" Award.

In 2000 the Jazz Tap Ensemble, Los Angeles received a $10,000 grant from the National Endowmwnt for the Arts (NEA) "for a commission of a new work by Bill Irwin." In 2004, the Signature Theatre Company, New York, received a $40,000 NEA grant for "the world premiere production of 'Mr. Fox: A Rumination' by Bill Irwin."

In 2005, he won the Tony Award for Best Actor in a Play for his appearance as George in the revival of Edward Albee's Who's Afraid of Virginia Woolf?.

Irwin received a 2008 CFCA Award nomination for "Best Supporting Actor" for his role in Rachel Getting Married.

In 2010, The New Victory Theater presented Irwin with the first ever New Victory Arts Award. He was honored for "bringing the arts to kids and kids to the arts." Nathan Lane and Jonathan Demme spoke at the ceremony.

Irwin is also on the board of The New 42nd Street, Inc.