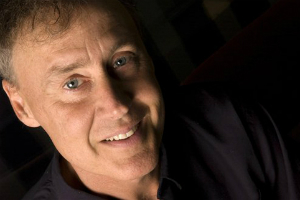 American musician, a noted jazz pianist. Growing up in a house full of music, Hornsby's father played saxophone in a band while he and his older brother, Bobby, formed a band and played during and following his high school years.

He studied music at the Univ. of Miami and the Berkley School of Music in Boston. Moving to L.A. in 1980, he and his brother worked for 20th Century Fox writing production-line songs. By 1983, he toured the country as pianist for Sheena Easton and in 1985, signed a contract with RCA.

He toured the country in 1986 with his band, "The Range," making a No. 1 hit, "The Way It Is," and winning the "Best New Artist" award at the Grammy's 2/24/1987. Hornsby's notoriety increased with hits on the radio, public performances for charity, writing of hit songs for other artists, TV appearances and benefit concerts.

In 1990, he received an award at the Grammy's for Best Bluegrass Recording. By the mid-90's, Hornsby had contributed songs to the Olympics, continued to write music for noted artists, made guest appearances on TV and had hits of his own still hitting the Billboard Charts.