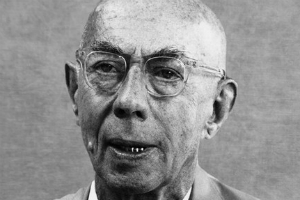 German physicist who, with James Franck, received the Nobel Prize for Physics in 1925 for the Franck-Hertz experiment, which confirmed the quantum theory that energy can be absorbed by an atom only in definite amounts and provided an important confirmation of the Bohr atomic model.

A nephew of the noted physicist Heinrich Hertz, he studied at the universities of Göttingen, Munich, and Berlin, and was appointed an assistant in physics at the University of Berlin in 1913, where he began to work with James Franck.

At the end of 1934, he was forced to resign his position at BTH, as he was classified as a “second degree part-Jew”.

from 1945 until 1954, he was engaged in research in the Soviet Union. He returned to East Germany in 1954 and was professor of physics and director of the Physics Institute in Leipzig until 1961.

In 1945 Hertz moved to Soviet Union. In 1951, He was awarded a Stalin Prize. In that year, James Franck and Hertz were jointly awarded the Max Planck Medal. He returned to East Germany in 1954 and was professor of physics and director of the Physics Institute in Leipzig until 1961.