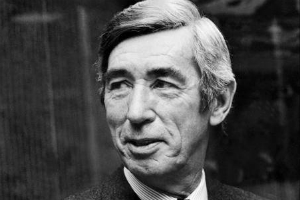 Belgian cartoonist who was the creator of "Tintin." The adventure-hero is a reporter named Tintin who, with his fox terrier Snowey, has traveled to Tibet, the Congo, the Moon, and now, the U.S.A.

When first published in 1929, the cartoon was all the rage in Europe and Japan. By 1992 the strip was winning American hearts. U.S. sales of Tintin books increased 65% in two years and the character began popping up on T-shirts, greeting cards and watches.

By 1990, 21 English translations were being sold in oversized paperback books for $6.95 each with each translation selling some 75,000 copies. The Tintin books, with their suspenseful stories, have been translated into 26 languages.

Ill for many years with blood problems (reported to be leukemia, possibly AIDS), Herge fell into a coma and died soon afterwards on March 3, 1983 in Brussels, Belgium.