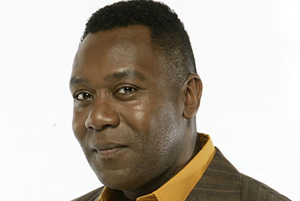 Henry, the son of Jamaican immigrants, was born at Burton Road Hospital in Dudley in 1958. He has 6 other siblings. He was a pupil at St John's Primary School and later The Blue Coat School in Dudley, before completing his education at W.R. Tuson College (now Preston College).

It was during his time at The Blue Coat School that Lenny discovered he had a passion for ancient history and today has amassed one of the World's largest privately held collections of Bronze Age flint arrowheads and rudimentary hand-tools.

Career
Henry's first manager was Robert Luff, who signed him in 1975 and gave him the opportunity to perform as part of the Luff-produced touring stage version of The Black and White Minstrel Show His earliest television appearance was on the New Faces talent show in 1976 where he repeatedly won.

The following year he appeared in LWT's sitcom The Fosters alongside Norman Beaton, Britain's first comedy series with predominantly black performers. His formative years were in working men's clubs where his act — a young black man impersonating white characters such as the Some Mothers Do 'Ave 'Em character Frank Spencer (whom he impersonated on New Faces).

He co-hosted the children's programme Tiswas from 1978 until 1981, and subsequently performed and wrote for the show Three of a Kind, with comedians Tracey Ullman and David Copperfield. Around this time, he met his wife, Dawn French, who encouraged him to move over to the fledgling alternative comedy scene, where he established a career as a stand-up comedy performer and character comedian.

He introduced characters who both mocked and celebrated black British culture, such as Theophilus P. Wildebeeste (a Barry White-a-like), Brixton pirate radio disc jockey DJ Delbert Wilkins and Trevor MacDoughnut (a parody of Trevor McDonald). His stand-up material, which sold well on LP, owed much to the writing abilities of Kim Fuller. During this time he also spent three years as a DJ on BBC Radio 1, playing soul and electro tracks and introducing some of the characters that he would later popularise on television.

Henry appeared in the final episode of The Young Ones as The Postman, in 1984.

Henry's television work started principally with his own self-titled show, which has appeared in variant forms. A principal scriptwriter for his television and stage shows during the 1990s was Jon Canter.

In 1987, he appeared in a TV film Coast to Coast. It was a comedy thriller with John Shea about two DJ's with a shared passion for Motown music being chased across Britain. The film has a strong following, but contractual problems have prevented it from being distributed on video or DVD.

In the early 1990s, Henry went to Hollywood to star in the film True Identity, in which his character spent most of the film pretending to be a white person (using make-up, prostheses, and a wig) in order to avoid the mob. The film was not commercially successful.

In 1991, he starred in a BBC drama alongside Robbie Coltrane called Alive and Kicking, in which he played a heroin addict, which was based on a true story.

Henry is known as the choleric chef Gareth Blackstock from the 1990s television comedy series Chef!, or from his 1999 straight-acting lead role in the BBC drama Hope And Glory. He was co-creator and producer of the 1996 BBC drama serial Neverwhere.

Henry tried his hand at soul singing, appearing, for example, as a back-up singer on Kate Bush's album The Red Shoes (1993) and, backed by David Gilmour of Pink Floyd, at Amnesty International's Big 3-0 fund raising concert. He would later say that neither move showed him at his best, and that he felt most comfortable with character comedy.

Henry would occasionally return to singing, performing in small local venues in the West Midlands. Henry returned to the BBC to do Lenny Henry in Pieces, a character-based comedy sketch show which was followed by The Lenny Henry Show, in which he combined stand-up, character sketches and song parodies.

In 2003, Henry was listed in The Observer as one of the fifty funniest acts in British comedy.

In 2004, he was listed in The Sunday Times as the fifteenth funniest black performer of all time. Henry is associated with the British Comic Relief'charity organisation, along with his wife, well-known comedienne Dawn French, and Griff Rhys Jones, and has hosted the show and also presented filmed reports from overseas on the work of the charity. He was the voice of the British speaking clock for two weeks, 10-23 March 2003, in aid of Comic Relief.

He was the voice of the "shrunken head" on the Knight Bus in the 2004 movie Harry Potter and the Prisoner of Azkaban, and read the audio book version of Neil Gaiman's Anansi Boys. He also voices a character on the children's show Little Robots, and both voices on Big and Small both broadcast on CBeebies.

Henry appeared in advertisements for butter products in New Zealand, commissioned by the company now known as Fonterra, as well as portraying Saint Peter in the Virgin Mobile advertising campaign in South Africa. In the UK, he used his character of Theophilus P. Wildebeeste to advertise Alpen muesli, and promoted the non-alcoholic lager, Kaliber.

In June 2001, for a BBC documentary, he sailed a trimaran from Plymouth to Antigua Jamaica with yachtsman Tony Bullimore. His motive was to as he put it, "have one last adventure".

In 2005, he appeared in Birmingham, as an act for "Jasper Carrott's Rock with Laughter". He appeared alongside performers such as Bill Bailey, Jasper Carrott, Bonnie Tyler, Bobby Davro and the Lord of the Dance troupe.

In 2006 Henry starred in the BBC programme Berry's Way. He did the voice of Dark Nebula in Kirby: Squeak Squad. On 16 March 2007, Henry made a cameo appearance as himself in a sketch with Catherine Tate, who appeared in the guise of her character Geordie Georgie from The Catherine Tate Show. The sketch was made for the BBC Red Nose Day fund raising programme of 2007.

On 16 June 2007, Lenny appeared with Chris Tarrant and Sally James to present a 25th Anniversary episode of Tiswas. The show lasted 90 minutes and featured celebrities discussing their enjoyment of Tiswas as children, as well as appearances from kids and people who had appeared on the original show.

In the summer of 2007 he presented Lenny's Britain, a comedy documentary tour made with the Open University on BBC1 on Tuesday nights.

In early 2008, his show lennyhenry.tv was broadcast on BBC One. The programme has an accompanying website of the same name and broadcasts strange, weird and generally amusing on-line videos and CCTV clips. He starred in the Radio 4 show Rudy's Rare Records.

On 31 December 2008/1 January 2009 he appeared on Jools Holland's Hootenanny on BBC Two, singing part of the song Mercy along with singer Duffy.

In January 2009, he appeared on the BBC's comedy show, Live at The Apollo, in which he played host for the night, introducing Andy Parsons and Ed Byrne, where he referred to Wikipedia as "Wrongopedia".

In February 2009 Henry appeared in the Northern Broadsides production of Othello, in the title role, at the West Yorkshire Playhouse in Leeds. Directed by Barrie Rutter, who, before the production opened, said of the decision to cast him, "knives might be out at me or at Lenny. I don't care. This has come about from a completely genuine desire to do a piece of theatrical work. Bloody hell, how long has the Donmar had Hollywood stars going there for £200? He's six foot five. He's beautifully black. And he's Othello".

Henry received widespread critical acclaim in the role. The Daily Telegraph said "This is one of the most astonishing debuts in Shakespeare I have ever seen. It is impossible to praise too highly Henry's courage in taking on so demanding and exposed a role, and then performing it with such authority and feeling." Michael Billington in The Guardian noted "Henry's voice may not always measure up to the rhetorical music of the verse, but there is a simple dignity to his performance that touches one". Lynne Walker of The Independent said of Henry that his "emotional dynamism is in no doubt. The frenzy within his imagination explodes into rage and, finally, wretchedness. It’s not a subtle reading but it works powerfully in this context."

Henry has said he saw parallels between himself and Othello. "I’m used to being the only black person wherever I go...There was never a black or Asian director when I went to the BBC. Eventually I thought ‘where are they all?’ I spent a lot of time on my own. Things have changed a bit, but rarely at the BBC do I meet anyone of colour in a position of power."

The production will be transferring to the West End of London from 11 September to 12 December, where it will be performed in the Trafalgar Studios in Whitehall.

He was introduced to Shakespeare when he made the 2006 Radio 4 series Lenny and Will. Which saw him going "in search of the magic of Shakespeare in performance." This was where he first met Barrie Rutter.

Henry met his wife Dawn French on the alternative comedy circuit. The couple married in 1984 in Westminster, London; they have an adopted daughter, Billie b.1991.

Henry graduated in English Literature, (BA Hons), with the Open University in 2007.

Henry is currently studying for an MA at Royal Holloway, University of London in screenwriting for television and film.