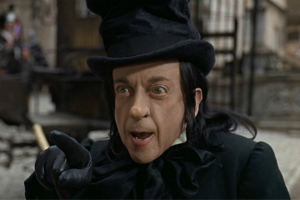 Australian ballet dancer, choreographer, actor, producer and director of ballet and stage plays who began his dance training at age five and performed from the time he was 11.

After 1927, he toured Australia in plays, musicals and comedies. He moved to London in December 1932 to the corp-de-ballet of Sadler's Wells Co. At that time, he added the extra 'n' to the family name.

Helpmann was named Australian of the Year in 1966, and knighted by Queen Elizabeth II in 1968.

He met 19-year old Michael Benthall on 10/17/1938; they were lifetime companions up until the time of Benthall's death.

In July 1986, Helpmann was hospitalized with bleeding ulcers, severe bronchitis and pneumonia.