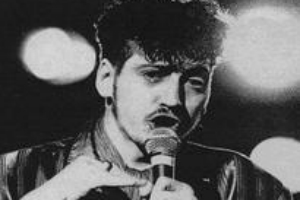 Helno, was a French singer and member of the alternative rock bands Lucrate Milk, Bérurier Noir and Les Négresses Vertes.

Of Italian heritage, he was born in the eastern Paris commune of Montreuil, Seine-Saint-Denis.

After a punk adolescence when he drags in the streets of Paris, it began in the early 1980s by being part of Lucrate Milk (1981-1983), then Bérurier Noir,[1] in which he is responsible for the backing vocals on some tracks and on stage during their concerts in small rooms.

In 1984 he plays the role of a punk in the film The Case Of Morituri Divisions of François- Jacques Ossang.

In 1987, he founded his own group, Les Négresses Vertes. The group enjoyed great success until his death, playing at the Olympia and even abroad, particularly in England, Los Angeles, Beirut, or Tokyo.
He said: "I have lots of friends who have committed suicide. I can name a bunch of people we have known the Halles and are gone. Like in my city; childhood friends, I have a lot more. AIDS, suicides, overdoses ... This is what you have when you lift the curtain of a small town, quiet. I often think that if hell exists, it is here on Earth. We're right into it. Every human being has the sensitivity to want to fuck up."

He died on the night of 21 to 22 Jan 1993, at 29, from an overdose of heroin, three hours after participating in the recording of the show Taratata.
He is buried in the Cimetière parisien de Pantin.
The singer and friend of Helno, Manu Chao, has dedicated a song, "Helno Est Mort", on his album Sibérie m'était contéee, released in 2004.
His twin brother heir devotes To your health my brother, a tribute album in 2002.