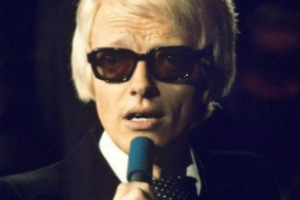 German singer well known in Europe for his ballads, love songs, pop music (Schlager) and traditional Volksmusik. Having sold a total of over 50 million records, he is one of the most successful German musicians ever.

Known for his baritone voice and trademark combination of light blond hair and dark sunglasses (which he wears due to exophthalmos), Heino resides in the town of Bad Münstereifel, where he owned a cafe from 1996 to June 2012.

In 1968, he became the father of an illegitimate daughter, Petra. The mother died in 1988 and the daughter in late November 2003, both by suicide.

Heino met his third wife, Hannelore Auersperg, in 1972 at the Miss Austria contest in Kitzbühel. They were married in April 1979, and she became his manager.