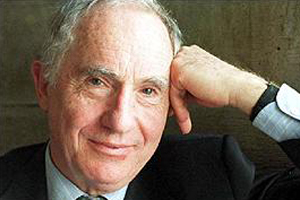 British stage and film actor who gained admiration in his early '50s. He achieved recognition for his role as King George III in the film, "The Madness of King George." In 1995, Hawthorne was nominated for the Best Actor Oscar award for the role that he had originated on London's West End. A late-bloomer to stardom, Hawthorne's climb to the top has been a slow and steady one. He is dedicated to his profession and expects professionalism from his colleagues. The humble stage actor is uncomfortable with curtain calls and easily embarrassed when standing before an audience.

Hawthorne, his brother and two sisters moved to Cape Town, South Africa with his parents when he was four years old. His father, Charles Hawthorne was a physician and 20 years older than his mother, Rosemary Hawthorne. The boy grew up in South Africa under the strict and conservative authority of his father. His father's aspirations were that his son would join a respectable profession in the civil service. At 21, Hawthorne rebelled against his conventional middle-class upbringing by dropping out of the University of Cape Town and pursuing an acting career. His father was outraged. Hawthorne's escape to the theatrical stage was met with professional and financial hardships. In 1951, he arrived in England struggling to get bit parts in plays and films. Hawthorne called the two decades of the 1950s and the 1960s as his "Wilderness Years." Lacking matinee idol attractiveness and with an uncommon South African background, he discovered the London theatrical circle closed to his talents and abilities. In the 1970s, Hawthorne finally began to regularly work. The lines and wrinkles on his 40-year-old face helped the actor convey dignity and character to casting directors.

In 1980, at 51, Hawthorne received his big break in the national and later international BBC hit, "Yes, Minister" and "Yes, Prime Minister." His costar Paul Eddington needed to persuade Hawthorne to return season after season to the hit show. Hawthorne is viewed as a restless perfectionist by his "Yes, Minister" co-star. He won the BAFTA award in 1987 for his role as the pompous civil servant, Sir Humphrey Appleby.

In the early '90s, Hawthorne electrified West End audiences with his performance in "Shadowlands" and Alan Bennett's play, "The Madness of King George." In June 1991, Hawthorne received American recognition with his Tony Award winning performance in "Shadowlands" about the life of British author, C. S. Lewis. He lost the role to British actor Anthony Hopkins in the film adaptation in 1993. Determined to play his King George III role in the Hollywood version, Hawthorne committed to the villain role in Sylvester Stallone's action flick, "Demolition Man" in 1993.

Hawthorne lives with his companion, writer Trevor Bentham in an isolated 16th-century farmhouse 30 miles north of London. Discretely gay and very private, Hawthorne and Bentham have been a couple since 1979. The couple share their restored Herefordshire farmhouse with their two dogs, Twitch and Havoc, where he prefers to spend his time rather than working on the London stage or acting in front of the movie camera. He wants to cut back his work schedule to one film a year. A friend of British royalty, Hawthorne has been the dinner guest of the late Princess Diana, and her former husband, Prince Charles. He had a deep affection for the late Princess Diana.