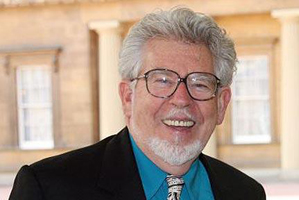 Australian entertainer, author, artist and musician. In 1959 his hit song "Tie Me Kangeroo Down, Sport" hit the charts.

The son of Welsh immigrants, Harris was a champion swimmer in his youth, capturing many titles between 1948-1952. He moved to England as a young adult to study art and landed a few acting roles. While working at a radio station, he wote and recorded his hit song.

He continued to pursue his art and his acting careers. His long association with the BBC was cemented in 1967 with the first broadcast of The Rolf Harris Show. On December 19, 2005 he unveiled his portrait of Queen Elizabeth II that he had been commissioned to paint for her 80th birthday.

On March 1, 1958, Harris married Alwen Hughes, a Welsh sculptor whom he met while they were students. Their only child, a daughter named Bindi was born on March 10, 1964.

In March 2013, Harris was arrested and bailed until May, without being charged. He was one of 12 people arrested as part of Operation Yewtree and has been questioned by police over allegations of sexual offences.

As of late April 2013, Harris had not commented publicly on the allegations, but was understood to strongly deny them. The allegations against him are not directly related to those made against Jimmy Savile.