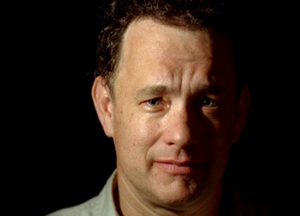 As of September 24, 2006, Hanks is the highest-grossing lead actor of all time, with a combined gross of over USD$3.3 billion and a worldwide gross of nearly $6 billion.

Hanks explained what appealed to him about the script: "When I read the script for Gump, I saw it as one of those kind of grand, hopeful movies that the audience can go to and feel ... some hope for their lot and their position in life... I got that from the movies a hundred million times when I was a kid. I still do."

Hanks won his second Best Actor Academy Award for his role in Forrest Gump, becoming only the second actor to have accomplished the feat of winning back-to-back Best Actor Oscars. (Spencer Tracy was the first, winning in 1937-38.)

Hanks’ next project reunited him with Ron Howard in the movie Apollo 13, in which he played astronaut and commander James Lovell. Critics generally applauded the film and the performances of the entire cast, which included actors Kevin Bacon, Bill Paxton, Gary Sinise, Ed Harris, and Kathleen Quinlan. The movie also earned nine nominations for an Academy Award in 1996, winning two.

Hanks turned to directing and producing with his next movie "That Thing You Do!", about a 1960's pop group. Hanks and producer Gary Goetzman went on to create Playtone, a record and film production company named for the record company in the film.

Hanks executive produced, co-wrote and co-directed the HBO docudrama From the Earth to the Moon. The twelve-part series chronicles the space program from its inception, through the familiar flights of Neil Armstrong and Jim Lovell, to the personal feelings surrounding the reality of moon landings. The Emmy Award-winning $68 million project is one of the most expensive ventures taken for television. Hanks' next project was no less expensive. For Saving Private Ryan he teamed up with Steven Spielberg to make a film about D-Day, the landing at Omaha Beach, and a quest through war-torn France to bring back a soldier who has a ticket home. It earned the praise and respect of the film community, critics, and the general public; it was labeled one of the finest war films ever made, earning Spielberg his second Academy Award for direction and Hanks a Best Actor nomination. Later in 1998, Hanks reteamed with his Sleepless in Seattle co-star Meg Ryan for another romantic comedy, You've Got Mail, a remake of 1940's The Shop Around the Corner, which starred Jimmy Stewart and Margaret Sullavan.

In 1999, Hanks starred in an adaptation of Stephen King's novel The Green Mile. The following year he won a Golden Globe for Best Actor and an Academy nomination for his portrayal of a shipwrecked FedEx systems analyst in Robert Zemeckis' Cast Away. In 2001, Hanks helped direct and produce the acclaimed HBO mini-series Band of Brothers. He also appeared in the September 11 television special America: A Tribute to Heroes and the documentary Rescued From the Closet.

Next he teamed up with American Beauty director Sam Mendes for the adaptation of Max Allan Collins' and Richard Piers Rayner's graphic novel Road to Perdition, in which he played an anti-hero role as a hitman on the run with his son. That same year, Hanks collaborated with director Spielberg again, starring opposite Leonardo DiCaprio in the hit crime comedy Catch Me if You Can, based on the true story of Frank Abagnale, Jr.

In 2002, he and wife Rita Wilson produced the hit movie My Big Fat Greek Wedding. Hanks was subsequently absent from the screen until 2004, when he appeared in three films: The Coen Brothers' The Ladykillers, another Spielberg helmed film, The Terminal, and The Polar Express, a family film from Robert Zemeckis. In a USA Weekend interview, Hanks talked about how he chooses projects: "[Since] A League of Their Own, it can't be just another movie for me. It has to get me going somehow.... There has to be some all-encompassing desire or feeling about wanting to do that particular movie. I'd like to assume that I'm willing to go down any avenue in order to do it right."

He became the youngest ever recipient of the American Film Institute's Life Achievement Award on June 12, 2002. In August 2005 Hanks was voted in as vice-president of the Academy of Motion Picture Arts and Sciences.

Hanks also starred in the highly anticipated film The Da Vinci Code, based on the bestselling novel by Dan Brown. The film was released May 19, 2006 in the US and grossed over USD$750 million worldwide. In Ken Burns' 2007 documentary "The War", Hanks did voice work, reading excerpts from WWII-era columns by Al McIntosh. In a play on the expression "art imitating life", Hanks will play an onscreen dad to a young man (Colin Hanks) who chooses to follow in the footsteps of a fading magician (John Malkovich) in The Great Buck Howard. Hanks' character is less than thrilled about his son's career decision. In 2006, Hanks topped a 1,500-strong list of 'most trusted celebrities' compiled by Forbes magazine.

A film adaptation of Angels and Demons, the prequel to The Da Vinci Code, has been announced, and on April 11, 2007 it was revealed that Hanks would reprise again his role as Robert Langdon and that he will reportedly receive the highest salary ever for an actor.

Hanks was married to Samantha Lewes from 1978 to 1987. The couple had two children, son Colin Hanks (now an actor in his own right) and daughter Elizabeth. In 1988 Hanks married actress Rita Wilson; raised in several different Christian denominations, Hanks converted to Orthodox Christianity when marrying Wilson.[12] The two first met on the set of Hank’s television show Bosom Buddies but later developed a romantic interest while working on the film Volunteers. They have two sons, Chester and Truman.

Hanks believes that he is related to James Hanks, possibly the father of Nancy Hanks, mother of United States president Abraham Lincoln. A map of his family tree showing the purported connection can be found in the External links section.

Hanks has stated that his favorite actor is James Stewart, someone with whose talents his are often compared.[citation needed] He has said his favorite film is 2001: A Space Odyssey (1968). In interviews he has said that he has seen it around thirteen times in theaters and owns the VHS, LaserDisc, and DVD releases of the film.

While interviewing for Inside the Actor's Studio, Hanks comments how he hates the sound of a ringing telephone. As Hanks nods his head, the audience begins to burst into laughter because of an earlier incident in which a student's cell phone rang, interrupting Hanks' interview with James Lipton. As a demonstration of how to react to a cell phone going off while acting on stage in live theatre to the students, Hanks got up from his seat and walked across the stage yelling "TURN OFF THAT CELL PHONE!"